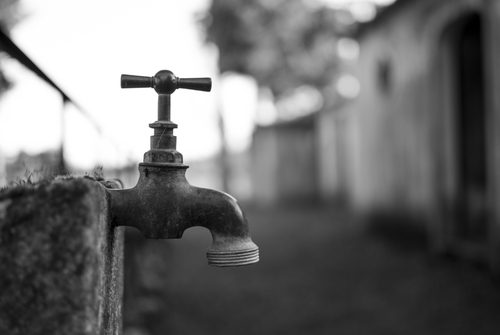 Even as Gina McCarthy, the EPA Administrator, and Governor Rick Snyder of Michigan pointed fingers at each other over who was more at fault for the Flint water crisis, members of a congressional oversight committee called for both leaders to resign. Neither seems about to.

Rep. Jason Chaffetz (R-UT) shouted at McCarthy, “You failed…If you want to do the courageous thing, like you said [former EPA Midwest region head] Susan Hedman did, you, too, should resign,” he shouted.

To Gov. Snyder, a Republican, Pennsylvania Rep. Matt Cartwright (D-PA) said, “Plausible deniability only works when it’s plausible. You were not in a medically induced coma for a year.”

“We’ve had enough of your false contrition and your phony apologies,” Cartwright said. “You’re doing your dead level best to spread accountability. […] You need to resign, too.”

The hearing yesterday followed one on Tuesday where the mutual finger-pointing between the state and the EPA was the primary feature.

McCarthy said the state was slow to address the problem even when her agency’s staff repeatedly “begged” the Michigan Department of Environmental Quality. As the hearing began, she said, “The crisis we’re seeing was the result of a state-appointed emergency manager deciding that the city would stop purchasing treated drinking water and instead switch to an untreated source to save money. The state of Michigan approved that decision.”

But in hindsight, she said, “we should not have been so trusting of the state for so long” when it assured the EPA that all appropriate actions had been taking to prevent the lead from leaching into the water.

Snyder painted a different picture of the interaction: “I do want to thank Miguel Del Toral, a water specialist at the EPA, who spoke up early about the crisis.” Snyder pledged to hold those responsible accountable, noting that “bureaucrats created a culture that valued technical compliance over common sense—and the result was that lead was leaching into residents’ water.”—Ruth McCambridge