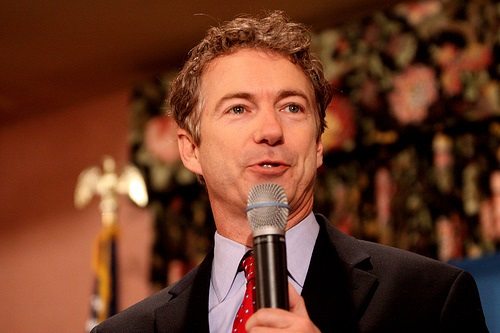 When Mitt Romney blamed his election loss to the purported propensity of his opponent to buy the allegiance of young people and minorities through “gifts,” nonprofits knew what he meant: government support. During his campaign, he spoke—and, to his surprise, was captured on videotape—suggesting that nearly half of the electorate was unlikely to vote for him because of their dependency on government and their belief “that they are entitled to health care, to food, to housing, to you-name-it.” Nonprofits might have collectively shuddered, because as a sector, they are frequently the intermediaries and conveyers of critical governmental funding to people in need, Romney’s horde of “people who will vote for [Obama] no matter what, [people]…who believe that they are victims.”

Despite Romney’s humina-humina follow-up apologetics, the damage was done. Last month, the Republican National Committee issued an election post-mortem report which tried to reinvigorate the Republican Party’s message to black voters. It may be that the talking points never reached the in-box of Rand Paul, the Republican senator from Tennessee and the son of libertarian standard-bearer, former Congressman, and former presidential candidate Ron Paul.

Senator Paul recently delivered a speech at Howard University, the largest and most famous of the Historically Black College and University (HBCU) sector of nonprofits. Paul offered a slightly different analysis than Romney. It wasn’t Obama’s gifts that swung the minority vote. It was the “handouts” of the government distributed during the Great Depression and compounded during the 1960s’ War on Poverty, long before Romney’s vision of Obama’s gift-giving.

Given his dad’s history on this topic, which includes his warning of “race war,” one would think that presidential aspirant Rand Paul might be a little more circumspect around one of Romney’s most telling campaign gaffes. But he wasn’t. Since nonprofits constitute a significant piece of the history of how this nation pulled itself out of the Great Depression and what the nation tried to do through the War on Poverty, it would be timely for nonprofits to weigh in with a fuller picture of what government subsidies were and are meant to do—certainly, not to buy voters’ allegiance with “gifts” like Medicaid, Medicare, Social Security, food stamps, and affordable housing.—Rick Cohen