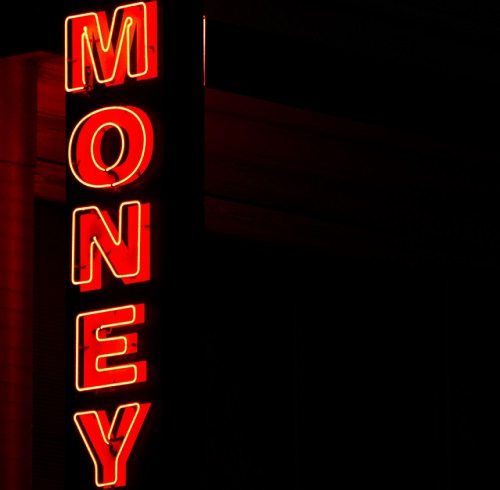 Among the more repugnant industries taking advantage of poor people in the United States is the payday lending industry. In Louisiana, for example, state laws that “regulate” payday lending allow the providers of these loans to charge more than 700 percent in annual interest and fees. (That’s not a typo—and it’s even higher in other states.)

When the Louisiana Legislative Black Caucus held a town meeting in Baton Rouge recently, citizens implored the legislators not to accept campaign contributions from payday lending industry lobbyists. Saying that she couldn’t be bought by any campaign contributor, the head of the Caucus, state representative Katrina Jackson, pledged not to accept any future payday lending lobbyist contributions—”future,” because she had done so in the past.

Which state legislators would ever possibly accept contributions from this industry? According to Edgar Cage of Together Louisiana, payday-lending lobbyists have been targeting black caucus members in other states to oppose legislation that would reform and regulate these professional, legal usurers.

It seems that Cage’s warning of payday lending lobbyists using their influence to weaken reform bills is based on fact, but it’s hardly just black legislators they’re aiming for—it’s any legislator willing to do their bidding. For example, the Missouri state senate just passed a payday lending reform bill that is widely seen as so weak that “it does almost nothing to protect consumers.” The state senator who sponsored the bill, Republican Mike Cunningham, has been a recipient of payday lending campaign contributions, which may explain why his bill does almost nothing to rein in these players. In Missouri, the legal cap on payday loan interest rates is an annual 1,950 percent and the average payday loan’s annual interest rate is 454 percent.

Payday lending is prohibited in Pennsylvania at the moment, but a bill to legalize payday lending that passed Pennsylvania’s lower house in 2012 is back up for consideration by the legislature. The author of the 2012 bill and plumping again for legislation this year is Republican state representative Chris Ross.

Payday lending may be odious, but clearly there are business people and politicians who think it’s just fine. In fact, there is a new online campaign called “Stop the Choke“ that links efforts to curb payday lending abuses to efforts, according to the Center for Investigative Reporting, that “will take away people’s guns, close down charities and destroy the free market.” The target is the Obama administration’s “Operation Choke Point,” a recently revealed effort by the Department of Justice to investigate whether banks are helping payday lenders in a variety of ways. Republican members of Congress, notably Darrell Issa (R-CA) and Jim Jordan (R-OH), have excoriated the administration for this effort.

“Stop the Choke” has no overt connections to Issa or Jordan or Republicans or anyone. It’s a completely mysterious site, with laudatory information about Senator Ted Cruz (R-TX), for example, but even Cruz’s people told CIR that they have nothing to do with it and don’t know who’s behind it.

The industries purportedly threatened by the Obama administration’s investigation of banks helping payday lenders are grouped together on the “Stop the Choke” website; for example, one grouping contains raffles, gambling, sweepstakes, and as-seen-on-TV. Charities get grouped together with home-based industries and “short-term loans”—that is, payday lenders. The site offers no explanation of the link between the threat to charities and the threat to payday lenders from the Obama administration’s review of the banks. One might guess that by charities, “Stop” is referring to charities that operate as third-party processers of some sort, the category of financial players that encompasses payday lenders.

Missouri’s pathetic payday lending reform bill, Pennsylvania’s potentially revived payday lending legalization bill, and others point to money flowing from the industry to pressure or, in some cases, buy legislators. It appears that payday lenders are quite willing to glue themselves to imaginary allies in the charitable world if it leads to expanded, less regulated, legal loan-sharking.—Rick Cohen