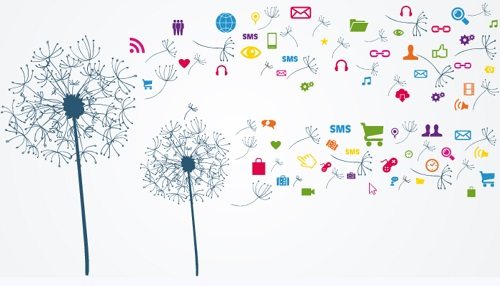 A recent study from the Pew Research Center shows that as of September of 2013, 73 percent of all online adults are currently using social media. The data shows that within every age group across the map, from young adults to those over 65 years old, social media usage increased over the past year.

The chart below shows the dramatic increase in social media usage from 2005 until the end of 2013: 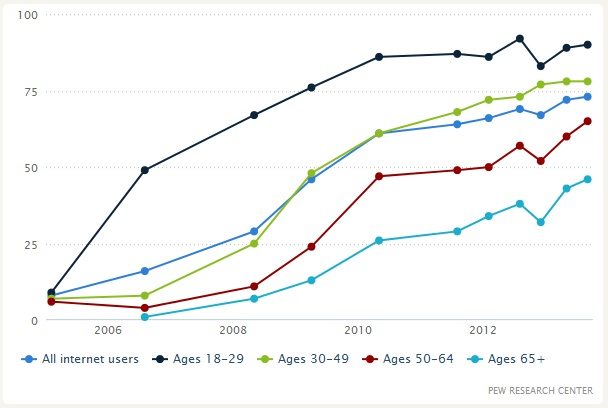 In the last eight years, social media usage over all Internet users has skyrocketed from 8 percent to 73 percent. The smallest change was among adults aged 65 and over, of whom only 43 percent are actively social-networking.

Facebook and Twitter are generally ranked as the largest of the social media giants, so it’s interesting to see that Pinterest and LinkedIn are actually used by a larger number of adults.

These findings also correlate with the use of mobile phones, where statistics show that 40 percent of cell phone users do social networking on their phone, as well as that 28 percent use social media on a daily basis. The demographics most likely to use social networking are young people, blacks, Hispanics, the highly educated, and those with a higher annual household income.

One of the more interesting charts is a matrix where you can see the correlations between the use of one venue and another; for example, 53 percent of Instagram users also use Twitter.

Pew also looked at some of the social impact benefits of social networking and found that Facebook users are overall more politically active than most people, that Internet users receive more support from social ties, and Facebook users get the greatest support.—Aine Creedon