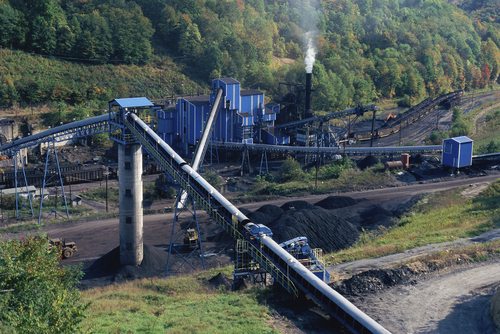 This NPR report from reporter Howard Berkes, with the assistance of NPR data analysts Anna Boiko-Weyrauch and Robert Benincasa—in partnership with Mine Safety and Health News, edited by Ellen Smith—addresses an important theme for readers of the NPQ Newswire: the problem of wealthy philanthropists whose charitable giving may camouflage some less than socially responsible corporate behavior.

Berkes reports that West Virginia’s richest man, Jim Justice, worth $1.6 billion, happens to be the owner of 70 active coalmines in five states. Like many corporate moguls, Justice is a philanthropist of sorts, having given $25 million to the Boy Scouts of America for the Jim Justice National Boy Scout Camp in West Virginia (remember the special constitutional amendment that was passed in West Virginia earlier this month that gave a tax exemption to the Boy Scouts facility), $5 million to Marshall University (his alma mater), and $10 million to the Cleveland Clinic.

Justice has also invested more than $175 million to purchase and upgrade the Greenbrier Resort in White Sulphur Springs, West Virginia, part of which went to three football fields and a training center for the New Orleans Saints. Neither Greenbrier, which dates back to the 1700s and is now a high-end resort for golf, tennis, and private homes, nor the Saints are charitable entities, but Justice’s acquisition and restoration of the place beginning in 2009 was welcomed for saving a major West Virginian tourist destination.

At the same time as Justice is dispensing charitable gifts and purportedly public-spirited corporate investments, he is also a scofflaw, owing more than $2 million to the government in mine safety violations. According to Berkes, Justice has “five hundred penalties…overdue, four times as many as any other delinquent mine owner.” As a billionaire, Justice ought to be able to pay up, but he hasn’t. According to Congressman George Miller (D-CA), Justice is “certainly exhibit A of the kind of operator that should not be allowed to continue with reckless disregard of the law.” A Justice representative said that Justice has actually already paid $500,000—which, if true, would make the unpaid bill only $1.5 million—and that operating costs at the mines have cut profit margins and made payment of safety fines a challenge.

Berkes was not able to get an answer from the Mine Safety and Health Administration why it hasn’t pursued the billionaire coalmine-owner for the delinquent payments. However, upon word from NPR and Mine Safety and Health News that he would be a subject of the NPR report, Justice instructed his chief operating officer at Southern Coal to begin paying off the penalties at $100,000 a month.

West Virginia’s only billionaire is probably worshiped in some quarters for having rescued the Greenbrier, though that is hardly his only resort acquisition. He followed the Greenbrier acquisition with the purchase of another major resort in Daniels, West Virginia, and more recently the Wintergreen golf and ski resort near Charlottesville, Virginia. While Justice remains on the government scofflaw list for his coal mine safety violations, he has gotten government subsidies for his resort restoration work, including cutting a deal with the West Virginia state government for a subsidy structured exactly for his operations at Greenbrier.

Notwithstanding his charitable contributions, Justice is still a violator of hundreds of government safety regulations. In September, activists associated with Mountain Justice, the RAMPS Campaign, and Rising Tide North America hung a banner across a main street in Roanoke, Virginia, one side reading “Jim Justice Profits, Appalachia Pays,” and the other, “Jim Justice: Toxic Spill Billionaire,” aimed at the toxic wastes and mountaintop removal associated with Justice’s mining activities.

It seems from the NPR report and other information that for whatever charitable largesse Justice may be willing to distribute to the Boy Scouts and Marshall University, Justice and his coalmining companies have been serial violators of health, safety, and apparently environmental regulations. If nonprofits are concerned about the probity of their charitable supporters, they might want to think twice about soliciting and accepting the support of Jim Justice, whose impact on coalminers, their families, and their communities has more than warranted the $2 million in fines that he has been exceedingly slow to pay.—Rick Cohen