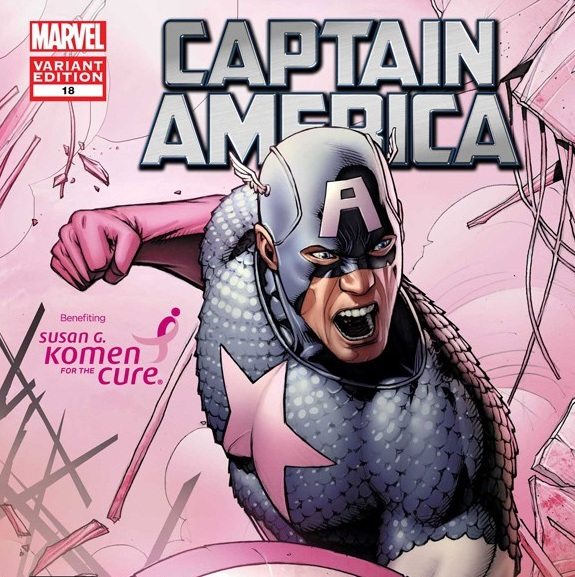 Not in Lindsay Cross’s opinion. Cross reports that Komen is partnering with Marvel comics to produce eight issues of Marvel Comics with pink Komen-inspired covers.

NPQ’s staff, some of whom are subjected to long conversations and quizzes about superheroes by its youngest readers, considers this a refreshingly weird choice on Komen’s part, but we are not sure what it means. We do not know about Marvel Comics’ demographics, but noticed that in February, 93 percent of DC Comics readership were reported as being male. Not that men don’t need to understand about breast cancer but …

Perhaps, it is worth noting that in an indication of some level of 21st century awareness, one of Marvel’s superheroes, Northstar, did come out of the closet recently.

Still, as Cross comments, “In all honesty, no matter who they partner with, a pink-themed campaign just isn’t going to do the trick. I don’t care if they convince Robert Downey Jr. to walk around in a pink Iron Man suit for a month. We’re looking for more substance from Komen, not just more pink in more unexpected locations.”

We’d love the opinions of our readers on what Komen WOULD need to do to re-engage the women they lost. I know that some of our readers feel that some breast cancer organizations are an expansionist industry and that there should be no re-engagement. Sound off here!—Ruth McCambridge