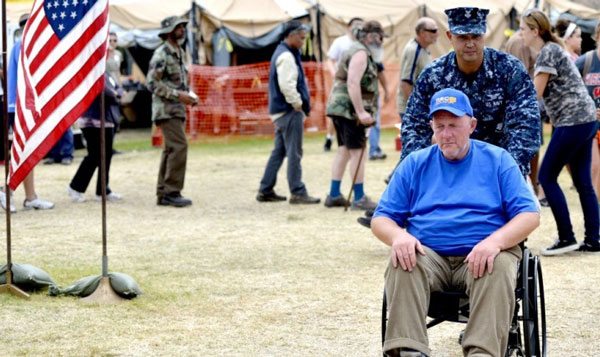 Readers may remember the strange case of John David Cody, aka Bobby Thompson, who spent the better part of a decade at the US Navy Veteran’s Association raising $100 million for veterans and passing only around one percent to charity. Eventually, he went underground and managed to elude authorities for two years. When he was finally caught in 2012, it took six months for authorities to find out his real identity, and they found less than $1 million of the stolen money. He is now four years into a 28-year sentence for racketeering, theft, and fraud.

Just yesterday, Ohio Attorney General Mike DeWine announced that the money, which was seized from a storage locker rented to Cody in Portland, Oregon, is finally being distributed to real, veteran-serving nonprofits.

Five Ohio-based branches of the Honor Flight Network, a group that offers veterans free flights to war memorials, received $115,000 donations; Family and Community Services received $100,000 for improvements to the Liberty House for Female Veterans and Families; and $7,500 will be spent on Veterans Court programs.

This week leading up to Veteran’s Day, we also saw the thirty-year-old VietNow operation closed down as a result of a coordinated effort by 25 state attorneys general. That organization has been under regulators’ scrutiny almost since it began in the 1980s for spending 85 percent of every donor dollar on telemarketers. After taking out administrative expenses, sometimes only five percent or so was passed along to veterans programs. In this case, there is slightly less than a half million dollars that will be remaindered and distributed to two real programs, the Fischer House and Operation Homefront in Texas.

These stories are not exactly great outcomes for veterans in need, for donors, or for the public’s need to trust nonprofits, but is it better than nothing?—Ruth McCambridge