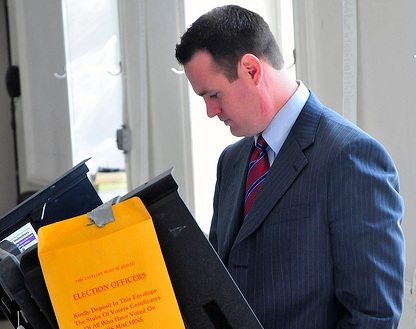 It seems like about half of the reports about nonprofits being arm-twisted into payments in lieu of taxes (PILOTs) take place in Pittsburgh, as the Steel City’s mayor has long been on something of a PILOTs crusade. The battles between the city’s nonprofit sector and the revenue-desperate Mayor Luke Ravenstahl have been instructive. Most of the nonprofits in Pittsburgh banded together to make an unusual joint payment through the Pittsburgh Public Service Fund, which does not disclose how much each member of the consortium contributed and how that amount was calculated. The University of Pittsburgh Medical Center (UPMC) does not participate in the fund, but has been able to circumvent the city’s request for a PILOT through making a large, multi-year contribution to the Pittsburgh Promise scholarship fund.

UPMC’s relationship with the city and with citizens has been off-and-on tense, but now the latest is that Ravenstahl says the city’s legal department is going to challenge UPMC’s charitable tax status. Under the state’s formula for meriting a property tax exemption, UPMC will allegedly fall short of three criteria, including its allegedly insufficient charity care and its allegedly excessive executive salaries. Ravenstahl’s news release challenges UPMC to “act like the charity it claims to be” and “engage in a serious conversation with the city and key stakeholders about its responsibilities to our community.” The mayor said that a city legal opinion concluded that UPMC’s “commitment to charity is dwarfed by its preoccupation with profits.”

By the numbers, UPMC paid compensation of $15 million to eight executives (including $5.5 million to the president/CEO), reported income of $277 million on revenues of $6.6 billion for a profit margin of 4.2 percent, and spent somewhere between 1.7 percent and 3.6 percent of patient revenues on free care for people unable to pay. The ability of Pennsylvania to conduct case-by-case inquiries into the sufficiency of the charitable activities of nonprofit property owners leaves a big gray area for subjective interpretation. There are two elements of the mayor’s challenge to UPMC that bear watching.

One plank is the questioning of a nonprofit hospital’s nonprofit status, which is akin to the case in which the Illinois Supreme Court ruled that the Downstate Provena Covenant Medical Center wasn’t providing enough charity care to be considered a nonprofit hospital. As some nonprofit hospitals are under attack – some quite legitimately – for functioning too much like for-profit hospitals, these questions don’t necessarily stop with behemoths like the 60,000-employee UPMC. This question will be even more complex to understand as the Affordable Care Act goes into full implementation, as it remains to be seen whether charity care will still be a relevant issue or measure going forward.

The other element to this episode is the “deal” that UPMC had with the city for some years regarding the Pittsburgh Promise scholarship fund. This part of the equation bears watching particularly because the state’s largest city, Philadelphia, is gearing up to perhaps replicate Pittsburgh’s aggressive stance with its nonprofit property owners. Like UPMC, Philadelphia hospitals such as Children’s Hospital have said that they are open to contributing to public purposes but prefer being able to direct where their moneys go. Children’s Hospital executive Peter Grollman told the Philadelphia Inquirer, ”As we look at what we do by way of any investment in the community, as you can expect, we want to do what we can to improve the lives of children.” Other taxpayers to municipal governments do not have the latitude to tell City Hall how they want their payments spent.

Mayor Ravenstahl in Pittsburgh and Mayor Michael Nutter in Philadelphia are trying to balance city budgets stressed by unfunded pension liabilities and other general costs. Ravenstahl’s announcement about questioning UPMC’s charitable bona fides may signal that city governments are less interested in the good things that a nonprofit hospital like UPMC might do – such as millions of dollars in scholarships for Pittsburgh public school students – than they are in finding revenues for depleted City Hall coffers. —Rick Cohen