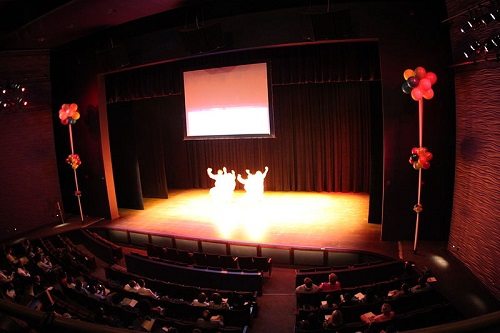 NPQ has written previously about the financial travails and bankruptcy of the August Wilson Center in Pittsburgh. The Center, which opened in 2009, cost $40 million, $17.4 million of which was taxpayer money. It was to be a center for African American culture, and is of course named for the famed Pulitzer Prize–winning playwright who grew up in Pittsburgh, drawing from his experience there for his work.

As a result, Pittsburgh is invested in having the center survive in the fullest possible sense, but Judith Fitzgerald, a conservator appointed by the court, has, in the estimation of Pittsburgh’s mayor and the county executive, tended to dismiss bids for the center that held the best promise for mission implementation in favor of those that promised more cash. They have now requested that the judge replace that conservator.

The request was made after three foundations—the Pittsburgh Foundation, the Heinz Endowments and the Richard King Mellon Foundation—declared that they were withdrawing from the bid process because the conservator seemed so inclined toward a higher bid for the property that persistence would be “futile.”

Last week, the conservator wrote in an interim report that a bid from a developer interested in building commercial space atop the building could be “very attractive to the city, the county and the African-American community in Pittsburgh” because the proposed addition could subsidize programing and the developer would offer free gallery, office, and storage space to the center, which would be allowed to use the theater at a nominal fee for at least 120 days a year.

The foundations say this arrangement “would apparently give the center only limited access to its own theater and create an arrangement whose eligibility for future charitable funding is questionable at best.” They hold that intent was for the center to be used for its original purpose “as a premier home for African American arts and culture programs.”—Ruth McCambridge