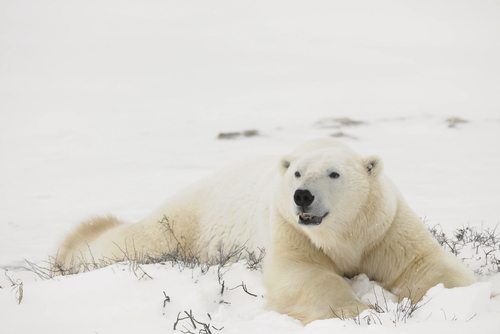 The nonprofit media organization explore is making use of the popularity of the Discovery Channel’s “Shark Week” and social media to build awareness of climate change’s impact on polar bear habitats in the Canadian Arctic. explore’s Polar Bear Week will feature live streaming of polar bear migration through Churchill, Canada, which has been delayed due to polar ice melt affected by climate change. explore founder Charles Annenberg Weingarten explains that, “This powerful moment is an authentic way to measure the condition of the earth’s ecosystem, and a poignant illustration of our changing environment through the Gandhi-like experience these bears endure.”

explore.org took some notable steps in its Polar Bear Week campaign. First, it branded the campaign after one of the Discovery Channel’s most popular programs, which is heavily marketed on social media every year and is broadcast in over 72 countries.

Second, the organization partnered with like-minded organizations with their own dedicated social media devotees, reaching out to media groups for exposure. Polar Bears International, Frontiers North Adventures and Park Canada are working with explore to capture and live stream the annual polar bear migration and Animal Planet, National Geographic and CNN will all be screening live footage on their websites; BBC Worldwide and BBC Natural History will be featuring highlights of the journey.

Third, explore connected with some of the most influential social networks to request complementary promotion. Twitter has donated promoted tweets for Polar Bear Week and the hashtag #PolarBearWeek has already become widespread on the network. YouTube will be featuring the migration stream on their front page and Ustream will also be showing the footage for several hours each day. Although not every organization will have the success explore had with these social media giants, asking never hurts and big corporations are habitually looking for new philanthropic endeavors.

Plus, who doesn’t want to watch incredible polar bears frolicking around in the snow? explore’s approach to branding Polar Bear Week has been a social media hit. Now we must see if this campaign will also inspire people to take action to address endangered habitats and the urgency of climate change. –Aine Creedon