Political Poverty-phobia and the Future of Community Action: An Interview with Denise Harlow 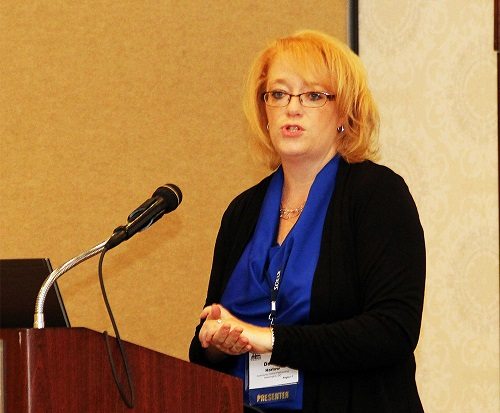 Every year, the State of the Union brings up a particular linguistic, anthropological question: Will the president, or any recent president, mention the word “poverty”? No president since Bill Clinton has grappled with poverty as an issue, concept, or theme in his annual address to both houses of Congress, and this year was no exception. Just imagine: The president knits his most recent State of the Union address around middle-class economics, while Mitt Romney, the two-time candidate who wrote off nearly half of the electorate as too dependent on government to vote anything other than Democratic, announces that poverty might be a central theme if he takes a third try. Go figure.

But that’s the challenge Denise Harlow faces as she takes the helm of the Community Action Partnership, the national association that represents and advocates for the nation’s network of some one-thousand community action agencies. Created as a result of the Economic Opportunity Act of 1964, community action agencies are often called anti-poverty agencies because their mission is to function as the vanguard of America’s fight against poverty.

As usual, the poverty-phobic political leadership of our nation is lagging behind the times. The attitudes of the American public toward poverty are changing. A 2014 NBC News/Wall Street Journal poll showed that “a growing portion of the country says that poverty is caused by circumstances beyond individual control.” Compared to less than a third in 1995, 47 percent of Americans now believe that poverty is attributable to factors other than individual initiative—that is, people not doing enough to pull themselves out of poverty. In late 2013, an Associated Press poll found that “four out of five U.S. adults struggle with joblessness, near-poverty or reliance on welfare for at least parts of their lives, a sign of deteriorating economic security and an elusive American dream.”

If those facts tell us that Americans—with the exception of the nation’s executive and legislative leadership—see poverty as a critical issue, know enough not to blame the poor for their poverty, and realize that at one time or another in life they might find themselves facing joblessness, poverty, and the need to turn to public assistance, the role of anti-poverty agencies and the national association that Harlow now leads should be something of a cakewalk. But it isn’t, in part because of an unrelenting attack on the War on Poverty, epitomized by Ronald Reagan’s attacks on “welfare queens” and his comment in his 1988 State of the Union address, “the Federal Government declared war on poverty, and poverty won.”

Harlow’s work history tells a different story. She started in the Schenectady Community Action Program in 1994 as a social worker, working in a group home for adolescents. Later, she became the CEO of the New York State Community Action Association, and joined the national partnership in 2011, directing its training and technical assistance programs.

That’s where the difficulty lies—in reviving the image of community action agencies not just as competent and effective administrators of a variety of federal programs for the poor, many of the programs with origins in the War on Poverty itself, but as effective mobilizers and spearheads for a national movement that makes poverty the societal issue it should be given a national poverty rate of 14.5 percent (or 45.3 million people living in poverty), a poverty rate two percent higher in 2013 than it was in 2007, and 19.9 percent of children below the federal poverty line.

Can Harlow help nudge the community action world into taking a leadership role in the necessary fight against the prevalence of poverty? In talking with NPQ, Harlow said, “It’s important for the network [of community action agencies] to have leadership at the national level that has been engaged at the local, state, and national [arenas]…to see someone who understands the nuances of community action.” Veterans of the War on Poverty know how significant that is; too often, advocates armed with a combination of slogans and studies simply don’t. It is like listening to LBJ’s 1964 State of the Union, in which he declared that “the war against poverty will not be won here in Washington. It must be won in the field, in every private home, in every public office, from the courthouse to the White House.”

Part of the challenge comes from the alphabet soup of programs that community action agencies administer. Although meant as tools to take on poverty, the programs sometimes transform into what drives the function of agencies, which then become defined by their programs rather than combining them into something greater. Look at any community action agency and it’s hard not to be overwhelmed by the laundry list of programs being handled. The front page of the website of the Gulf Coast Community Action Agency in Biloxi, Mississippi, lists under its programs Head Start, the Community Service Block Grant, the Low Income Home Energy Assistance Program (LIHEAP), the Energy Crisis Intervention Program, the Workforce Investment Act, the Earned Income Tax Credit, the Emergency Food and Shelter Program, and Weatherization. The Community Action Agency of Delaware County lists among the services it offers rental assistance, emergency shelter, transitional housing, welfare-to work, weatherization, utility assistance, energy conservation, IDA matched savings, childcare, food assistance, volunteer income tax assistance, and several more programs besides.

For Harlow, there are overriding elements of community action that “make our movement unique and impactful.” One is the tripartite board structure of community action agencies, a legacy of the commitment to the maximum feasible participation of the poor. One third of the seats on community action agency boards are held by low-income people; in theory, as it should be in practice, that makes community action agencies accountable to their stakeholders and committed to their engagement and mobilization. But when agencies get bogged down as program administrators, that sense of a movement of low-income communities calling for fundamental social change on the issue of poverty can get lost. Network members need help developing a theory of change that expresses what is distinctive about community action, what the cumulative effect of their programs and operations are supposed to accomplish.

Last year’s fiftieth anniversary of the war on poverty, Harlow says, is an opportunity for “moving the needle back about poverty…that we’re here to address poverty [and] we aren’t afraid of that term by any stretch.” She notes that many of the communities where community action agencies work are not just pockets of disadvantaged persons but places of deep poverty, with substantial numbers of people below 50 percent of the poverty level.

“Our work at the partnership has to be much broader than CSBG,” Harlow says, referring to the block grant program that funds the operations of community action agencies. Rather, she points to the work of Sister Simone Campbell, known for her leadership of the “Nuns on the Bus” tour in 2012, and her articulation of the concept of a “faithful budget” based on “principles that will ‘protect the common good, values each individual and his or her livelihood, and helps lift the burden on the poor, rather than increasing it while shielding the wealthiest from any additional sacrifice.’” That’s much broader than a do-or-die battle over CSBG.

The principles of a faithful budget, as articulated by the Ecumenical Advocacy Days movement, include the following:

It is easy to see the resonance of the faithful budget concept for Harlow; the principles emanate from the war on poverty.

Nonetheless, Harlow has more than 1,000 community action agencies to meld into a force more effective on these issues than ever. With the Democrats articulating a middle class agenda that gives scant attention to the people below the poverty line, and with Republicans now talking about poverty but cutting crucial and effective programs that really work against poverty (see Sister Simone’s battle with Rep. Paul Ryan at a House Budget Committee hearing in 2013), Harlow has to maintain an alliance of liberals and conservatives committed to the concept of “locally based, locally driven decision makers making decisions about how federal resources are going to be spent in their communities.” In other words, that means community action agencies governed by boards that include low-income people and local government officials. It is a huge network of nonprofits, given the “typical” community action agency’s staffing of 115 full-time equivalent employees, 813 volunteers, and 25 board members.

Harlow believes that the community action agencies have “really stepped up to the plate” in responding to President Obama’s call for greater accountability in program management. She acknowledges that with so many agencies in the network, they have to be prepared for a share of criticism, and some agencies, such as the Community Action Agency in the Twin Cities area, have gotten a lot of visibility—justifiably—for their shortcomings. It goes back to being more than an administrator of a laundry list of programs: “You may technically fit within certain boxes,” Harlow says to network members, “but you have to think about how decisions would appear to the public.” It means presenting an image and a reality of results-oriented management accountability beyond accountability standards in OMB circulars, but demonstrating that community action agencies are “effective stewards of federal resources.” Even when the Minneapolis agency imploded, Harlow notes that the community action agencies in Ramsey County and suburban Hennepin County came together and took on the oversight of programs that the Minneapolis agency had been in charge of, so that communities wouldn’t lose vital services.

“I think our network has shifted. You serve the entire family; you’re not a Head Start family, you’re a Community Action family. I think we’re going to continue to transform ourselves to be responsive, helping the family from a macro perspective.…You look at our sophisticated agencies, they’re just incredible regarding the diversity of resources they bring in.”

It is the transition of community action back toward the future, a revival of community action’s deep commitment to solving poverty and to mobilizing their stakeholders in that cause. That’s not just Harlow’s challenge, but the challenge of the Community Action Partnership’s membership, and its national theory of change.