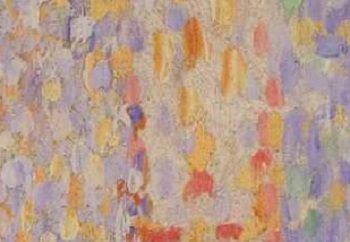 Pew presented the tale of the tape of the frequency of political information that users of both platforms see in their respective feeds. At the outset, keep in mind that it was Twitter, not Facebook or a neutral media outlet, which posted the revealing bar graph and article discussing the Pew Center report, so it is prudent to acknowledge the subjectivity of the packaging of the statistical comparisons.

And lest anyone think that Facebook and Twitter are fertile loam for democracy through diversity of opinion and free expression, Pew Research Center again found that “a spiral of silence” chokes off debate on the Internet, including popular social media; The Hartford Courantwrote in the beginning of September about a joint study of Pew and Rutgers University, which concluded that “social media tools may actually depress debate about public affairs and limit the diversity of opinion that is often thought to thrive on Internet forums.” This could be due to the relative anonymity and amateurism of social media discussion regarding matters of public interest, but regardless, the study’s findings buck the conventional wisdom.

The Pew Facebook-Twitter study itself reveals that nearly half—48 percent—of adult web surfers consult Facebook for their news on a weekly basis. (That’s a population—often including this writer—the equivalent of Texas, California and Florida combined.) Facebook towers over Twitter audience-wise, drawing in 77 percent of Internet users to Twitter’s 22 percent, or a 350-percent greater base of total followers. So, in raw numbers at least, Facebook has more political activity.

As you can see from the bar graph, though, Twitter wins the battle for wonky followers proportionally: 24 percent of Twitter users say that political posts comprise half or more of all the posts they see, compared to 19 percent of their Facebook counterparts. When asked if they see any political content at all, the scale tilts towards Facebook, with 86 percent of users responding in the affirmative, to 77 percent of Twitter practitioners.

The statistical significance of these close variants is debatable and may not be rooted in any difference in the dispositions of users of both major services. Facebook may focus on a broader spectrum of social content, and its algorithms may differ enough from Twitter’s to skew the frequency of political posts. And neither service is likely to shed any light on this discussion and risk disclosure of trade secrets and revelation of their proprietary mathematical formulas.

The closeness of the numbers is not surprising, as Pew reported in a summer 2013 Internet tracking survey that while only 22 percent of Facebook users also enjoy the rapid-fire experience of Twitter, a full 90 percent of Twitter users admit to using Facebook on a regular basis.

So just because a Facebook user may quack, it doesn’t mean she’s a Twitter fan, but most likely a Twitternik enjoys all those pipelining dogs and looks to Facebook as well to see whether a friend of a friend of a friend brushed their teeth last night. In all seriousness, though, the most salient number is that first figure—that 48% of adult websurfers get their news at least in part from their Facebook feeds. It seems likely that, as with others who get their red- or blue-state fix from Twitter, much more than half of connected adults lack the patience for traditional, longer-form news sources or, for whatever reason, trust memes and 140-character exposés as a reliable source of information. So anyone who made it to the end of this newswire is in the minority. Kudos.—Louis Altman