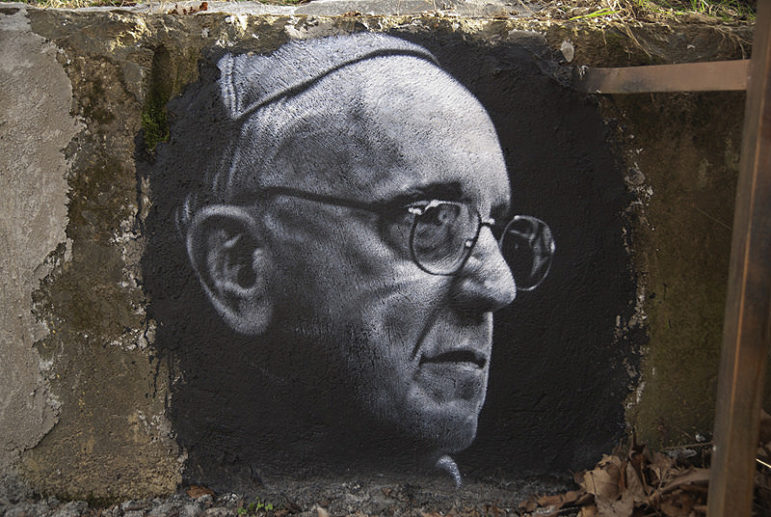 Pope Francis often makes news when conducting in-flight press conferences. Last weekend, on his return to Rome from Armenia (where he renewed the controversy of using the term “genocide” to describe the slaughter of Armenians during World War I by the then-Ottoman Empire, thereby offending Turkey), Francis said:

Francis spoke of “accompaniment” of “a person with that condition,” a theme he has repeatedly stressed during his pontificate. As NPQ has noted, the pope is advocating for a shift in emphasis away from condemnation of a person’s sin as a precondition for engagement with the church, preferring to meet someone “where they are” in their faith journey and helping them within the context of church doctrine. Confusion persists both within the Catholic Church and the general public because, while the approach is different, dogma and doctrine have not changed. Francis appears reluctant to change church teaching on subjects like homosexuality, families, and artificial contraception even as he encourages sustained dialogue on these subjects and others by theologians and church leaders.

Put crudely, Francis’s apology comes down to a failure of customer service rather than an admission of mistaken dogma. He also is quick to distinguish between the church and Christians. “When I say the church: Christians,” Francis clarified. “The church is holy. We are the sinners.” The fact that the leader of the world’s 1.3 billion Catholics speaks of an apology at all, however, is international news.—Michael Wyland