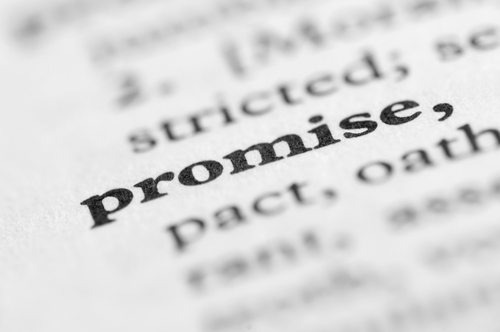 Yesterday, President Obama launched another place-based community development program. In this instance, it is the “Promise Zone” program, aimed at helping poor people in five announced zones: San Antonio, Los Angeles, Philadelphia, southeastern Kentucky and the Choctaw Nation of Oklahoma. Ultimately, the administration hopes to designate 20 promise zones that will have zone designations for 10-year periods.

President Obama’s administration has had other place-based initiatives during its first term, such as the Promise Neighborhoods program of the Department of Education, the Sustainable Communities program of the Department of Housing and Urban Development (in conjunction with the Department of Transportation and the Environmental Protection Agency), and HUD’s Choice Neighborhoods. But Promise Zones look most like the Clinton-era Empowerment Zone program. Like Empowerment Zones, Obama’s Promise Zones will offer a variety of tax credits to promote job creation plus a pledge of interagency coordinated efforts addressing social problems such as high crime and poor education in the designated neighborhoods.

The tax incentives, however, haven’t been passed by Congress yet, although the expectation is that tax credits are generally well received by Republicans and therefore stand a chance of enactment. Unlike the Empowerment Zones program, which gave as much as $100 million to each EZ and up to $3 million to “enterprise communities,” the new Promise Zone programs involves no new direct funding to the targeted neighborhoods, though there is the implicit promise of preferential consideration for existing federal funding programs.

While the administration acknowledges that Promise Zones are modeled substantially on Empowerment Zones, an advisor to the program, James Quane, the associate director of the Joblessness and Urban Poverty Research Program at Harvard University’s Kennedy School of Government, says “this is a new twist.” It had better offer something new, as the experience of the Empowerment Zones was mixed at best. Some were distinctly unsuccessful, while for others, there were implications that the tax incentives basically involved moving jobs from one community to another rather than generating substantial new employment.

Despite the absence of direct funding commitments and the lack of authorizing legislation for the planned tax incentives, the designated Promise Zone communities seem to be excited about their new visibility.

The Obama administration has to be careful, however, about creeping expectations, like Philadelphia’s expectation that a Promise Zone designation will lead to a Promise Neighborhoods grant. The Los Angeles headlines mention say that the city will “receive up to $500m as White House ‘Promise Zone’,” without making it clear that the Promise Zone designation itself actually carries no money with it. The Choctaw designation, covering much of southeastern Oklahoma, seems to have been received by the Choctaw director of grants and development, John Jackson, with more realistic expectations according to reporting by National Public Radio: “No checks from the federal government have been cut yet, according to Jackson. And it’s not clear when they will be. The ‘Promise Zones’ will still have to apply for existing federal grants to receive financial support.”

According to its fact sheet, the White House anticipates significant involvement from nonprofits and foundations in the five Promise Zones. Philadelphia’s program, for example, will develop an education program to be carried out in partnership with Drexel University and the William Penn Foundation to prepare children for careers. The Eastern Kentucky Promise Zone, encompassing eight counties, was actually designed by the Kentucky Highlands Investment Corporation, a nonprofit rural CDC that was created during the early days of the War on Poverty.

Like the reaction of foundations and nonprofits in response to the Promise Neighborhoods program, modeled on the Harlem Children’s Zone initiative, it is easy to anticipate philanthropic excitement with the announcement of this newest version of a place-based, federally incentivized, comprehensive community initiative. But the foundation CCI track record is, like the Empowerment Zone/Enterprise Community program, mixed. The “new twist” in the Promise Zones program isn’t immediately evident, since EZs and ECs had an array of tax credits and also promised preferential openness to coordinated grant applications. Perhaps the new twist is that there is really no new money attached to the Promise Zone programs, and Congress hasn’t even taken up the Promise Zones tax credits. Nonprofits in the five Promise Zones cities will be the nation’s eyes and ears to determine if this program really is an advance over previous federal place-based initiatives rather than more—or less—of the same.—Rick Cohen