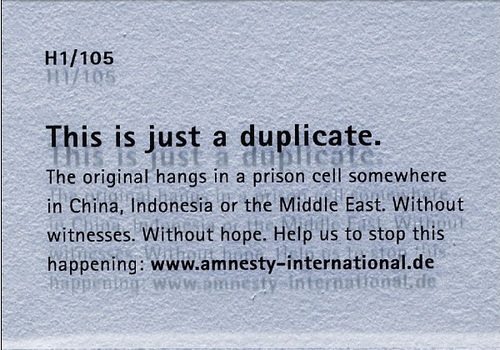 We saw a tweet from NGO Monitor earlier this week about an NPQ Newswire item regarding a coalition of NGOs who criticized the European Union’s inaction in stopping Israeli settlements. The Jerusalem-based organization suggested that we had implied that the Israelis and Palestinians had not mutually agreed to divide the West Bank into three “areas.” We didn’t say anything about the decision reached in the Oslo accords twenty years ago, only that some people see the continued expansion of Israeli settlements and the displacement of Palestinians in Area C as illegal.

That said, we also noticed the NGO Monitor’s report to the 2013 Global Forum on Anti-Semitism, “Blood Libels and BDS.” (BDS stands for boycott, divestment, and sanctions). NGO Monitor has a long history of digging into the activities of human rights and peace groups, particularly those with foreign funding or support, for evidence of anti-Semitism that would undermine the legitimacy of their criticisms of Israeli authorities.

Providing what it calls “detailed examples…[of NGOs that] embody both classical anti-Semitism, including blood libels and theological attacks on Judaism, and ‘new anti-Semitism,’ where hatred of Jews manifests itself in demonization of and double standards on Israel,” the new NGO Monitor report raises concerns about organizations known to many NPQ Newswire readers:

We highlighted these examples because they are NGOs whose names are known to our readers and occasionally have been the subject of NPQ Newswire articles, including one about Whitson writing about Gaza. Some individuals in Nonprofit Quarterly’s senior leadership are Jewish and have been personally subjected to anti-Semitism, so we take anti-Semitism seriously. However, it is important to note that simply being critical of Israeli government policies, including challenging the Israeli government’s treatment of Palestinians and its settlement policies in the West Bank, doesn’t automatically make one anti-Semitic. A stupid racial or ethnic joke by an NGO’s staff member doesn’t automatically make the entire organization anti-Semitic.

There are entirely legitimate concerns shared by non-Jews and Jews about Israeli settlement policies, the treatment of Palestinians in the West Bank, and other issues in opposition to the positions of the Netanyahu government—and in opposition to U.S.-based groups such as AIPAC. Anti-Semitism like any other form of racism should always be challenged, but using the charge of anti-Semitism (or racism) to characterize people who hold different perspectives is not a useful tactic.  We ask our readers to look at the NGO Monitor report and tell us what they think of the organization’s examples of anti-Semitism concerning organizations of some visibility and reputation in the U.S.—Rick Cohen