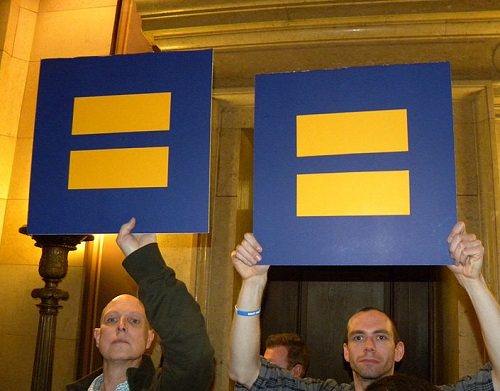 A national group of prominent GOP donors who support gay marriage is pouring new money into lobbying efforts to get Republican lawmakers to vote to make it legal.

Through the year-old American Unity PAC, a group of prominent GOP donors have supported Republicans who back same-sex marriage. And now the PAC’s founders are launching the American Unity Fund to aid in lobbying efforts in those states where voting on the question appears imminent. The fund has spent a half million on lobbying over the past month; it’s already invested more than $250,000 in Minnesota, and has also spent in Rhode Island, Delaware, Indiana, West Virginia, and Utah.

Spokesman Jeff Cook-McCormac told the Associated Press, “What you have is this network of influential Republicans who really want to see the party embrace the freedom to marry, and believe it’s not only the right thing for the country but also good politics.”

“We intend to work on this effort until every American citizen is treated equally under the law,” Cook-McCormac said. —Ruth McCambridge

More about: Electoral and LobbyingNonprofit NewsPolicy