Proposed Federal Bill to Focus on the Needs of Nonprofits 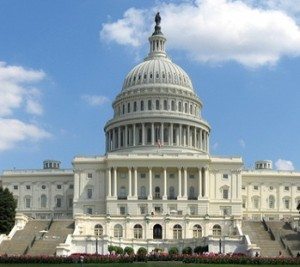 About one hundred federal agencies and Congressional committees interact with the nonprofit sector as a chaotic jumble of overlapping and sometimes contradictory interests, priorities, regulations, and objectives.  Congresswoman Betty McCollum (D-MN) introduced the Nonprofit Sector and Community Solutions Act as H.R. 5533 Tuesday night to sort it all out and create one forum which pays attention to the issues and interests of nonprofits.

At a press conference yesterday at the House Triangle, Congresswoman McCollum was joined by national nonprofit leaders to promote the legislation and highlight her concern that the federal government should be just as concerned with strengthening nonprofits as regulating them.  Her bill would do three things:

Tim Delaney of the National Council of Nonprofits underscored the concern that the federal government has not been paying sufficient attention to nonprofits.  According to Delaney, the federal government can count heads of iceberg lettuce in the ground, but not how many people work for nonprofits—or what they need.  Delaney called it a veil of invisibility around the nonprofit sector.  With a hint of hyperbole, George Mason University professor Alan Abramson, representing ARNOVA, said that, given the typical two-year timelag on nonprofit data, “the nonprofit sector could fall off the earth and we wouldn’t know.”

Representing the America Forward coalition created by the venture philanthropy firm, New Profit, Shirley Sagawa talked about the federal government better coordinating efforts to promote social innovation and scalability. Among the many state nonprofit associations represented in the crowd, Brian Magee of the Montana Nonprofit Association told NPQ that he hoped that this effort would help galvanize and coordinate federal attention to rural nonprofit issues and communities. Doug Sauer of the New York Council of Nonprofits noted that the government/nonprofit dynamic isn’t just a federal issue and called for McCollum’s bill to be replicated in all 50 states.

The Council of Nonprofits hopes that McCollum’s bill will lead to “better federal coordination, greater support for the work of nonprofit organizations, and the collection of meaningful data and research about nonprofits.” Mark McCrary of the Mississippi Center for Nonprofits said it was “about time” that this effort to rationalize and coordinate government/nonprofit dynamics happened.

Among the speakers, there’s no question that the data collection issue is likely to garner support not only within the sector, but on Capitol Hill. Members are likely to value better information on where government money is going and how it is impacting communities.

The national forums for nonprofits and government will likely encounter some competing interests.  With 1.2 million public charities, 1.8 million 501(c) organizations, another few hundred thousand religious organizations, there are lots of organizations in addition to 13 or 14 or 15 million people (depending on whose estimates you use) working for nonprofits and over 63 million volunteers with stakes in McCollum’s proposed council and interagency working group.

Here’s hoping that in the Washington policy scrum, the interests of all nonprofits, large and small, get included, as opposed to just the big nationals, the large foundations, and the well positioned, successfully self-promoting self-styled social entrepreneurs.