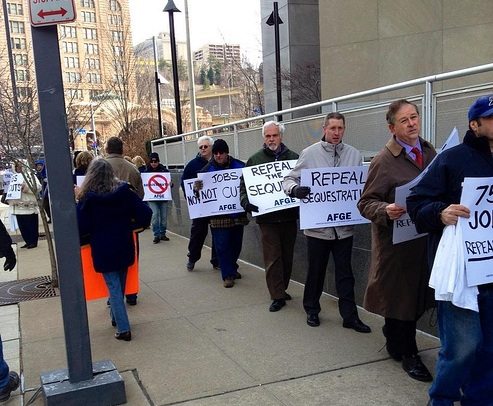 This might sound like more whimpering from the nonprofit sector about sequestration budget cuts that, as a small proportion of government expenditures, shouldn’t impact the economy much. If you think about the real people behind the numbers, though, sequestration matters deeply in terms of families not getting needed services and benefits.

It’s fortunate that public television stations are translating the sequester into human terms through their regular coverage, but many local agencies don’t really know what’s coming down the pike and get less than edifying information and instructions from their federal partners. To supplement the PBS coverage, we have found other sources reporting on the real-life human impact of the sequester:

The fixes are pathetic. In some cases, like the air traffic controllers, agencies are granted flexibility because of the demands of the public—not poor people, but business travelers unhappy about the prospect of sitting on tarmacs. In others, the flexibility comes from a more general consensus about the need for the program, such as the flexibility granted the FBI and Customs and Border Protection enabling both agencies to sidestep furloughs. But who is looking to grant flexibility to sequester-hammered social programs? Does this cherry-picking process work? Wouldn’t it simply be better to repeal the sequester and deal with the budget, giving some thought to the decision of which programs to cut and which to protect? A nation that must depend on kids decorating chairs for sale in order to save the Head Start program is in pretty rough governmental shape.—Rick Cohen