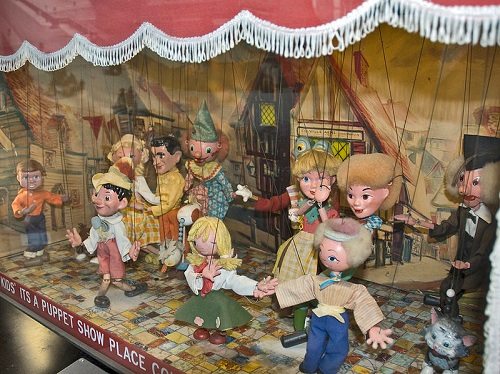 The El-Hakawati theatre in East Jerusalem was scheduled to host a children’s puppet festival, but the Israeli Internal Security Minister, Yitzhak Aharonovitch, shut it down on charges that the festival was sponsored by the Palestinian Authority, the Palestinian governing body on the West Bank.

The festival in question was the International Puppet Festival, which El-Hakawati director Mohammed Halayiqa said was funded by donations from abroad and not organized or funded by the Palestinian Authority. He called the Israeli decision “disgraceful.” Although authorities allowed El-Hakawati to reopen after three days, it was only on the pledge that the puppet festival not proceed.

If Israeli authorities expect what is essentially the Palestinian national theater to abjure politics, that’s not going to happen. Theater is frequently a voice for people to express through the arts many social and political concerns. The Frommer’s travel guide recommends El-Hakawati for cabaret-style productions and plays that “may be censored or unexpectedly shut down by authorities.” Although celebrated by Palestinians and Israelis, others have done their own political censoring of El-Hakawati in the past, including Joseph Papp in New York, who famously cancelled El-Hakawati performances there.

To excise politics from the Palestinian national theater is an exercise in futility. Political expression through the arts shouldn’t be all that scary to Israeli authorities. But this was a children’s puppet festival, funded by charitable donations, with the theater done up to appeal not to political factions, but to children. That doesn’t seem to have mattered to the Israeli authorities. Maybe they were following the cue of the U.S. Congress, which last year cut funding for the Palestinian version of Sesame Street—the Arabic Shara’a Simsim—to punish Mahmoud Abbas (also known as Abu Mazen) for having appealed for Palestinian membership to the United Nations. Remember the message of the Palestinian Sesame Street? According to the Guardian, it was “tolerance and neighbourly love.” That sounds politically destabilizing, right?

In this controversy, we lean toward the puppets.—Rick Cohen