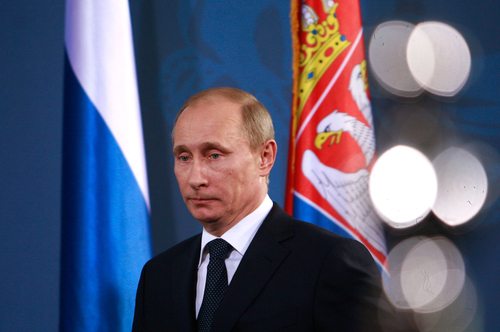 Yesterday, Russian President Vladimir Putin dismissed concerns about a series of raids, or “unannounced audits,” on NGOs that have been carried out by Russian authorities over the past month. “These are routine measures linked to the desire of the law enforcement agencies to bring the activities of organizations in line with the law,” Putin said. “Everybody should align their activities to correspond to Russia law,” Putin said at a meeting with Vladimir Lukin, Russia’s human rights ombudsman, adding, “There should be no excesses.”

The law Putin is referring to is the measure passed last summer requiring NGOs to register as “foreign agents” if they that get foreign funding and are involved in (vaguely defined) political activity. Reuters reports, “Penalties for failing to comply with the new rules governing NGOs include six months’ suspension without a court order and, for individuals, up to three years in jail.” Still, many NGOs are saying that they have not and will not register as “foreign agents.”

The audits (and there are reported to have been thousands) are seen by some as a first step in a possible campaign to suppress dissent through shutting down and shutting up NGOs. The NGO boycott in response to the new law and the inspections appears to be pretty thorough, judging by the Russian Justice Ministry website page for listing registered groups. The list of registered NGOs on the webpage is reportedly blank. –Ruth McCambridge