Putin, the Prosecutor, and the “Foreign Agent” Law 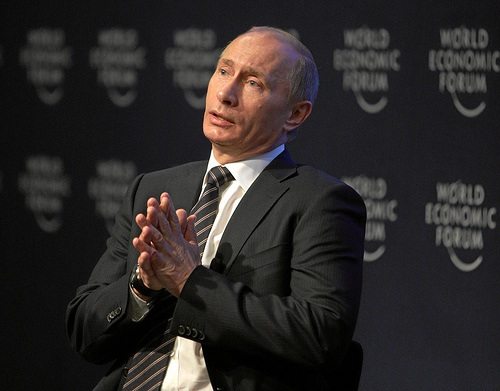 On Tuesday, Russian prosecutors declared that 215 nongovernmental organizations have been found, after a series of raids and audits, to have been in violation of a new Russian law, passed last November. The law, which requires those who engage in political activity and who have foreign funding to register as “foreign agents,” has been a source of much international consternation related to what was perceived to be a Putin-led effort to suppress civil society. Now it appears that a little theater may be going on between prosecutors and Putin, with Putin appealing for leniency as prosecutors slam NGOs for non-registration. Most of those targeted in the raids have refused to register, saying that the term “foreign agent” would harm them in the eyes of the Russian public.

Yuri Y. Chaika, Russia’s general prosecutor, says their investigations have revealed that 215 groups had received a total of 6 billion rubles, or about $180 million, in such funds over three years, although many stopped accepting such money after the law was passed, and only 22 are reported to continue to do so. Chaika believes all 215 should have to register. There were raids on the offices of as many as 2000 organizations, and 36 have had charges brought against them, according to one of those 36 groups, AGORA.

AGORA’s head, Pavel Chikov, told the AP on Tuesday that most of the recent legal action taken had to do with funding given before law was adopted.—Ruth McCambridge