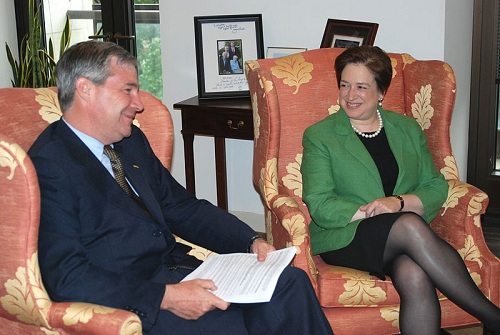 How many 501(c)(4) social welfare organizations promised not to be involved in electoral activities, and then spent oodles of money directly in elections? Senator Sheldon Whitehouse (D-RI) wants to know, suggesting that organizations that misrepresented their intentions are “plain vanilla criminal cases” that should be investigated by the Department of Justice. ProPublica cites examples of (c)(4)s that Nonprofit Quarterly has covered before, such as the Western Tradition Partnership, which was involved in electoral activities in Montana despite committing in its application to the IRS that it wouldn’t, and others such as the Government Integrity Fund, which spent $1 million attacking Ohio Senator Sherrod Brown (D-OH).

Are these examples of (c)(4)s that simply made a mistake when they filled out their applications? Implausible.

Are these examples of government having changed and narrowed the definition of “influencing elections” since the time that these groups filed their paperwork with the IRS? How these groups might imagine that six- and seven-figure expenditures on electoral candidates would somehow not qualify as electoral activities no matter how broad or narrow the definition is hard to fathom.

Are they examples of organizations having made not entirely accurate statements on their application forms on the assumption that the IRS wouldn’t pursue the question? Hmmm.

We want to see if Whitehouse, the IRS, and the Department of Justice pursue this to the end. It means something when the IRS asks social welfare organizations and public charities to fill out application forms correctly, or at least it should. Does anyone care? Or will the IRS and Justice give the (c)(4)s a pass on their statements because governmental review of tax exemption applications is, as we fear, a mechanical formality that doesn’t really address issues of substance and veracity?—Rick Cohen