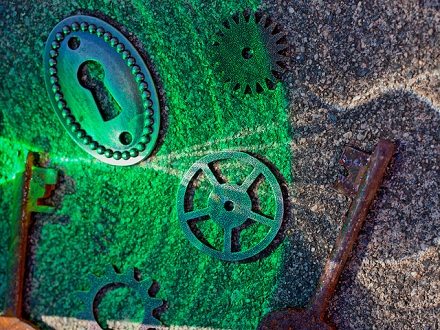 Every report says that nonprofits are still having trouble raising money. Looking through old blogs on my homepage, getting ideas for this NPQ column, it seems that even when things are better, they mostly aren’t as good as they were before 2008. So I wondered if there were any great ideas in my 2008 and 2009 blogs about “raising money in tough economic times.” Read on. What do you see?

If you’ve been doing fund development well, continue doing it well. And take pretty much the same steps to improve your fund development now as you would have in the past. Yes, it’s that simple—or that hard. There is no quick fix. There are no silver bullets. There are no new strategies and tactics that will solve fundamental failings in your charitable giving program. There are no new strategies and tactics that can make your charitable giving program overcome a poor economy. And beware of anyone who tries to sell you something that promises help that can get you new and bigger donors quickly, easily, and with just a wee bit of a financial investment. (You should have avoided that silly promise in years past, too.)

Instead, check out the annual “Giving USA” report on philanthropy in the U.S. This more-than-50-year-old annual study (the most recent version of which NPQ covered here) gives you important data. The bottom line: Yes, U.S. charitable giving (and I suspect giving elsewhere, too) is affected by the economy. However, giving still happens. And charitable giving recovers more quickly than the economy overall.

Check out my handout, “Creating an Effective Fund Development Program.” How donor-centered are you? How does your organization’s performance compare to my “Donor-Centric Pledge?”

Read (or re-read) books by Mal Warwick, Adrian Sargeant, Tom Ahern, Kay Sprinkel Grace, Laura Fredricks, and me, Simone Joyaux. Read Kay’s “Donor-Driven Philanthropy,” posted right here. Read blogs that I’ve mentioned in this column previously. Read The Chronicle of Philanthropy, even if you are not fundraising in the U.S., because there’s lots of good information and links to other resources.

Go to workshops. Meet up with colleagues. Talk with your staff colleagues and your board members. Do fund development well. Do it better than you did previously. Now is the time. Also, remember the Agitator’s 2009 New Year’s Resolution #1: “Explore, define, and do something tangible about the great unturned stone in our sector—the issue of donor loyalty.” As the Agitator says, loyalty is the Holy Grail of fundraising. Nothing substitutes for loyalty. How’s that going in your organization?