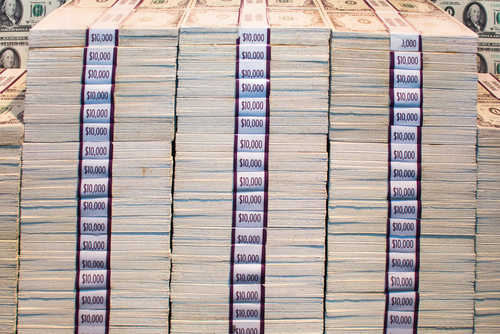 So why then is Rimel auctioning off her record collection of 200 albums to employees, with opening bids starting at three dollars? It’s nice that the Washington Post’s “Reliable Source” column mentioned that Rimel’s tastes include Hendrix, the Stones, and the Doors, but an auction? Maybe she’s downsizing in her personal life, and one hopes that the proceeds will be devoted to a charity of some sort.

Rimel doesn’t appear to be short of money. Besides her sizable Pew and Pew-related take, she sits on the corporate boards of Deutsche Asset Management/DWS Funds; Becton, Dickinson & Company; and CardioNet (now called BioTelemetry). She also serves on the PNC Bank Advisery Board for Philadelphia and Southern New Jersey. It seems that her corporate board service isn’t pro bono.

Based on a February 1, 2015 filing by Deutsche Asset and Wealth Management, Rimel reportedly received $290,000 in annual total compensation from the Deutsche Fund Complex. One source reports that Rimel received a salary and bonus of $136,000 and stock awards of $249,192 for her service on the BioTelemetry board, apparently for the previous year. According to the Becton-Dickinson proxy statement for 2014, Rimel’s 2013 total compensation for her board service there was $250,150, divided between $81,000 in fees and $169,150 in stock.

Maybe Rimel’s auction of her record collection is sort of her version of a yard sale. (If she has any albums from the jazz/rock group Chase or from the Charlie Haden Liberation Music Orchestra from the late 1960s and early 1970s, let us know.) Selling her album collection is her business—that’s fine. But the idea of a foundation official earning the kind of money that Rimel is taking home strikes many people in the nonprofit world as absurd, inconceivable, unwarranted, and unjustifiable, no matter what the Pew compensation consultant found. Some philanthropic compensation levels are just plain wrong.—Rick Cohen