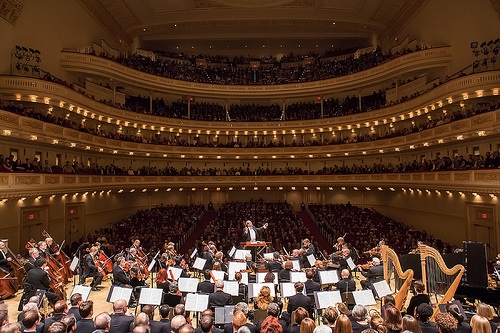 Much has been written about the shrinking of orchestras and the threat that poses for the quality of performance, especially at some orchestras known for their big sound. NPQ covered this issue in a newswire entitled “Shrinking Orchestras Meet Big Art.” In that one, we discussed the fact that the agreement that was come to after a nine-week musician lockout placed the number of full-time musicians at 77 for the current season. The plan also called for this number to be increased to 88 by the end of the four-year contract—the 2018-18 season. Evidently, it intends to do so by endowing musician chairs at $2–2.5 million a pop. Today, the first donor pledge of $1.25 million came in for one of those chairs from longtime ASO patrons Sally and Carl Gable.

“We’re just committed to a vibrant, thriving future for the Atlanta Symphony Orchestra,” commented Sally Gable, who says that she will be encouraging peers to do the same. “We’ve been going to concerts for 50 years, since we arrived in Atlanta in 1964, and we love the symphony and know and love (a number of) the members. I can’t imagine living without the Atlanta Symphony Orchestra.”

The Gables’ money will be matched by the Robert W. Woodruff Foundation, which last month gave the arts center a $38 million gift, including nearly $8 million in endowment matching funds. The whole price for this endeavor, therefore, is around $25 million.

“I can think of a hundred people right now in Atlanta who’d be interested in (endowing a chair)” said Sally Gable, “because there are so many of us who love the orchestra.”

The practice of endowing musician chairs is by no means new. Conceivably, it could ensure that proceeds from an endowment get spent on the musicians during a period where too many cash-strapped orchestras have looked toward reducing the costs of that pool first to balance their books. This interesting summary of recent contract negotiations at orchestras calls the practice of balancing the budget through cutting musician compensation a “market reset.”—Ruth McCambridge