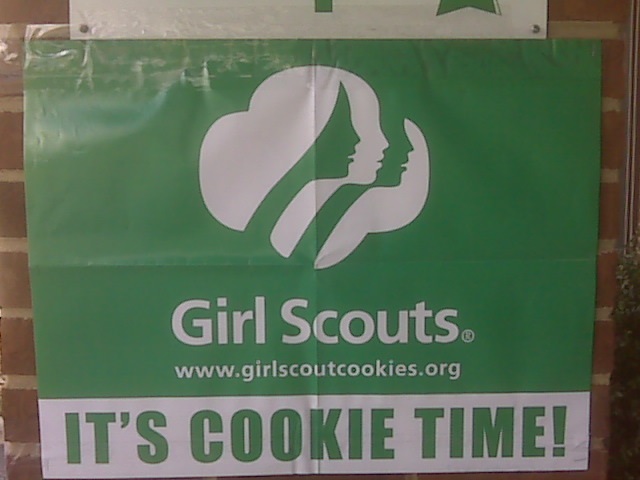 There is nothing like an unwarranted attack on a women’s group to cause the wagons to be circled and get cash thrown into the kitty. After Archbishop Robert Carlson of St. Louis, Missouri, called on Catholic parishes to cut their century-long ties with the Girl Scouts because their program “conflicts with Roman Catholic teachings,” the local group, Girl Scouts of Eastern Missouri, broke all of its records at its annual fundraiser last Thursday.

“Dessert First” celebrates the beginning of Girl Scout cookie season, and this year, it attracted 500 guests and raised $350,000.

Though the event was planned long before Carlson launched his shot at the group, it likely helped rally supporters. In fact, the group reports a large number of out-of-state orders for cookies, and more than the usual number of businesses offered to host booths.

In a letter to the parishes, Carlson stopped short of mandating that parishes completely cut their ties with the Girl Scouts, but he advocated seeking alternatives and mandated the dissolution of the Catholic Committee on Girl Scouts in favor of a “Catholic Committee for Girls Formation.” (We are put in mind of Beyoncé’s show at the Super Bowl.)

“Is Girl Scouts concerned with the total wellbeing of our young women?” Carlson posed to his readers. “Does it do a good job forming the spiritual, emotional, and personal well-being of Catholic girls?”

The letter specifically mentions GSA’s support of Planned Parenthood and its alliance with feminists. A FAQ reports that the archdiocese was asked whether buying Girl Scout cookies was okay. The official reply: “Each person must act in accord with their conscience. It is also our duty to form our consciences and learn the issues.”