Rectifying the Historic and Continuing Mistake of Racism in US Society 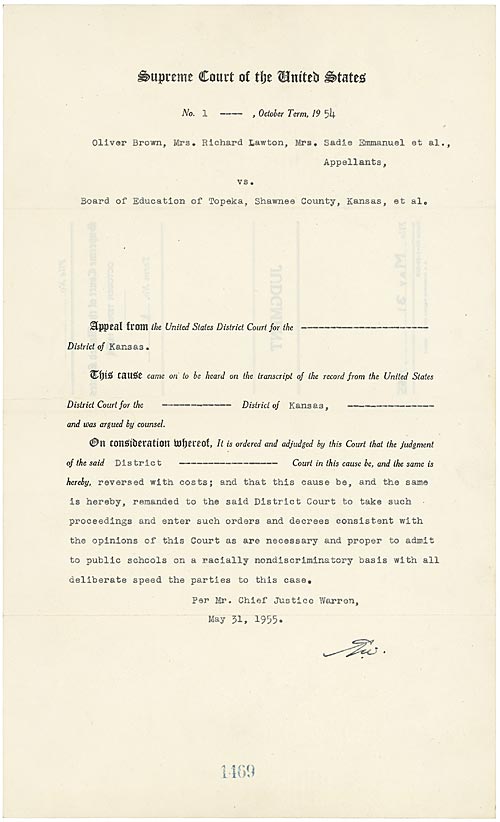 President Obama rectified an historic mistake this week. He awarded the Medal of Honor to 24 veterans from the Vietnam War, the Korean War, and World War II. All of these veterans had been denied the medal not because they were unqualified, but because they were African-American, Latino, or Jewish. Twenty-one of the medals were given posthumously.

It’s a sad reminder of the persistence of racism in the U.S. that it took a law passed in 2002 for Congress to review Jewish, Latino, and African-American veterans who had been awarded the Distinguished Service Cross to uncover these 24 heroes who had been denied the nation’s highest award due to nothing more than prejudice.

Sixty years after Brown v. Board of Education, fifty years after the Civil Rights Act of 1964, and forty years after Hank Aaron withstood racial threats while surpassing Babe Ruth’s homerun record, racial issues are still being confronted and, with difficulty, overcome in this nation. Despite electing Barack Obama the nation’s first black president, the U.S. continues trips and stumbles over racism both overt and much more subtle.

Calling out overt racism

The overt stuff is the material of press headlines. It is easy to understand, though unfathomably difficult to still eradicate. The report from lawyer Ted Wells for the National Football League regarding Miami Dolphins lineman Richie Incognito’s vicious harassment of teammate Jonathan Martin exposed Incognito’s oddly tolerated use of racism in hazing and bullying Martin and others. There is no need to count and repeat Incognito’s frequent use of the N-word toward Martin, though Incognito dredged up other racial epithets for his teammate such as “liberal mulatto bitch,” “stinky Pakistani,” “shine box,” and “darkness.” Despite the barrage of racial taunts from Incognito and apparently two other linemen, the Wells report suggests that Incognito and others were not stopped by the team, or even their peers.

Perhaps because Incognito is a 6’3”, 319-pound lineman, the public dismisses his actions as simply locker room behavior. But sports are hardly the only venue for virulent racism. For example, a Republican state senator from South Dakota recently suggested that businesses should be allowed to discriminate by race, because the free market would deal with the problem in the end: “If someone was a member of the Ku Klux Klan, and they were running a little bakery for instance, the majority of us would find it detestable that they refuse to serve blacks,” said state senator Phil Jensen, better known as the author of a bill, fortunately defeated, that would have sanctioned discrimination by sexual orientation. “In a matter of weeks or so that business would shut down because no one is going to patronize them.”

Perhaps this Arizona state representative thought that a roast of Maricopa County Sheriff Joe Arpaio sanctioned overtly racist humor, but much of it was difficult to write off as funny. “Going out with Sheriff Joe is always an adventure,” said state representative John Kavanaugh. “Because when we go into a restaurant, most of the wait staff and cooks jump out the back window—and when they don’t, I never know what the hell is in my food.”

A state legislator from the suburbs of St. Paul, Minnesota, took to Twitter for his distinctive approach to race. “Let’s be honest,” state representative Pat Garofalo tweeted recently, “70% of teams in NBA could fold tomorrow + nobody would notice a difference w/ possible exception of increase in streetcrime.” He reluctantly apologized thereafter.

Parading the likes of Garofalo through the press until they own up to the stupidity of their social media usage is one way to deal with overt racism. Instances of covert racism—of racism in the policies and practices of business, government, and other institutions—are often more difficult to spot, more difficult to figure out how to address, and stubbornly resistant to change. While no one should assume that nonprofits and foundations are in any way immunized against racism due to their 501(c) tax status, there is a special role for nonprofits and foundations to play in taking the lead in attacking and exposing both overt racism and the less obvious but more pernicious manifestations of racism embedded in our society.

Calling out less overt racism

Take one of the most recent examples from a conservative politician who really should know better than the likes of Garofalo, Jensen, and Kavanaugh. Wisconsin Congressman Paul Ryan, former vice presidential candidate on Mitt Romney’s ticket, was recently interviewed on the syndicated radio show of former Secretary of Education Bill Bennett. It was an appearance Ryan may well regret. Explaining his theory of poverty, Ryan told Bennett that there is a “tailspin of culture, in our inner cities in particular, of men no