Repeal of Johnson Amendment: One Step Closer and Another Step Worse 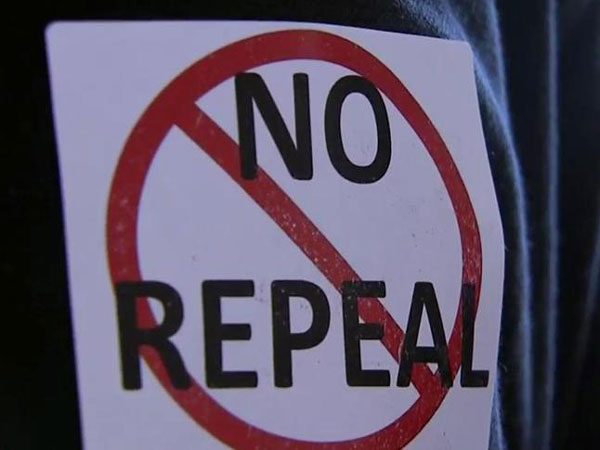 As readers may recall, NPQ has opposed the repeal of the Johnson Amendment, which prevents nonprofits from engaging in certain types of partisan politics. Most recently, language for that repeal has been part of Section 5201 of the House of Representatives’ tax bill, and that original section allowed churches to be explicitly political and still pay no taxes. The new provision added by the House Ways and Means Committee yesterday would allow that any 501(c)3, not only houses of worship, to engage in the partisan politics that are currently prohibited, including the endorsement of political candidates. This of course invites trouble on our nonprofit houses, who are already free to advocate in most political arenas as long as they steer clear of electioneering.

A summary of the newly inserted amendment reads: “This amendment ensures that all 501c3 organizations will not fail to be treated as organized and operated exclusively for their respective non-profit purposes because of engagement in certain political speech, as long as the speech is in the ordinary course of the organization’s business and the organization’s expenses related to such speech are de minimis.”

The National Council of Nonprofits points out:

This proposed change conflicts with the views of the vast majority of organizations that benefit from the Johnson Amendment and want it unchanged, as reflected in the Community Letter in Support of Nonpartisanship, signed by more than 5,500 organizations in all 50 states, in the Faith Voices letter signed by more than 4,200 faith leaders, in the separate letter signed by more than 100 denominations and major religious organizations, and another letter from the law enforcement community, as well as polls showing that 72 percent of the public support keeping the Johnson Amendment in place and nearly 90 percent of evangelical pastors who say it is wrong for preachers to endorse candidates from the pulpit.

Amanda Tyler of the Baptist Joint Committee sees the move as a “huge step backward.” Her statement on the committee website reads:

The tax bill headed to the full House comes out of committee even worse than it began for the charitable community, including our houses of worship. After a last-minute amendment, now the entire 501(c)(3) sector can be used by partisan campaigns and by donors looking for a tax deduction for their campaign contributions. Though the cost of hundreds of millions of dollars may seem small in the context of the larger bill, the impact of this change on our religious communities, nonprofits, and campaign finance system may be seismic.

Tim Delaney reiterated the opposition of the National Council of Nonprofits in his statement, saying that the repeal is “vehemently opposed by the broad nonprofit community—charitable, religious, and philanthropic—plus state law enforcement.”

We say to all members of the House: Charitable nonprofits don’t want to be dragged into the toxic political wasteland. The false cries of ‘free speech’ and ‘religious liberty’ come with crocodile tears from self-serving partisans who can only see the world through a political lens instead of a moral compass. We will fight any provision to weaken the Johnson Amendment protections in the House and the Senate; and we will do so in the pulpits, and food banks, and editorial pages; and in town squares, public meetings, and everywhere people concerned about their communities come together. All are places that 501(c)(3) organizations, including houses of worship, have been able to advocate all along, just not electioneer.

We neither need nor want this change in longstanding law. While couched in terms of ‘merely’ allowing endorsements, the provision has already been exposed by the Joint Committee on Taxation (JCT) as a billion-dollar shift in campaign dollars that would cost the U.S. Treasury billions. According to JCT, political contributors to candidate committees, PACs, and other dark money sources that can’t give donors a charitable tax deduction are likely to divert those billions to charitable, religious, and philanthropic organizations that will entitle the contributors to take deductions – all because of this last-minute change in the tax bill.

We don’t want to be dragged into the political swamp; we don’t want corrosive partisanship to make us as ineffective as partisan government today; and we certainly don’t want our missions destroyed by those who think political money can take the place of honesty, values, and caring for communities.

As it now stands, the newly amended Section 5201 will move to the full US House as part of the tax bill, and then the Senate will release its own tax bill. NPQ urges its readers to get involved with your own state associations and NCN to help defeat this pernicious and cynical measure.—Ruth McCambridge