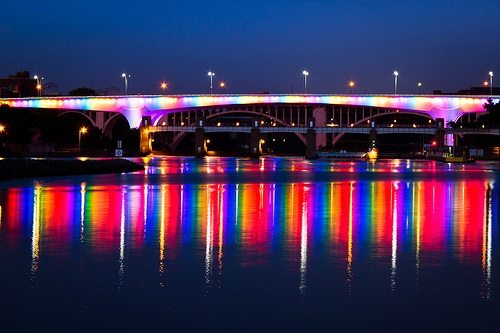 There has been substantial momentum in the LGBTQ movement over the last several years, and a new report by the organization Funders for LGBTQ Issues shows that there is a substantial increase in the funding of causes associated with gay, lesbian, bisexual, and transgender issues. The following highlights the momentum behind the funding of the U.S. LGBTQ community in 2013:

The top funder of LGBTQ causes was the Arcus Foundation at $16.8 million, while the organization Freedom to Marry was the largest funder (without re-granting) at $3.6 million. The top 20 funders of LGBTQ organizations and programs funded 78 percent of all LGBTQ funding, with 331 foundations and corporations making grants to LGBTQ organizations.

The Northeast continued to be the most funded region relating to LGBTQ causes, at nearly $20 million, with New York receiving nearly of half that funding. The Mountain region of the United States received the least amount of funding, just under $3 million. Wyoming received just $25K for the funding of LBGTQ issues. As it happens, Wyoming was ranked the least tolerant state by the Daily Beast, with ratings that incorporated issues relating to the LBGTQ community.

While the above is encouraging, there is still a lot of growth to be had amongst funders. Of the approximately $55 billion foundations are estimated to have granted in 2013, only 0.2 percent went to LGBTQ organizations and programs.—John Brothers