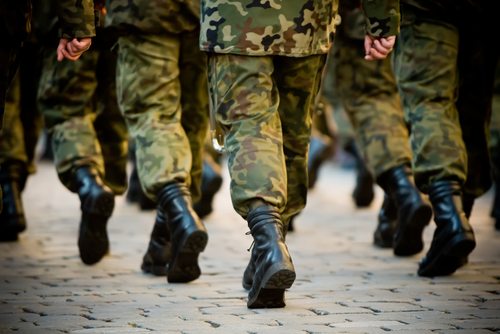 When panelists at the Council on Foundations talked about the need for foundations to provide help to veterans of the Iraq and Afghanistan wars, they mentioned the almost unfathomable delays that veterans encounter when trying to get help from the Veterans Administration (VA).  No one doubted the veracity of the speakers in the slightest, but the delays sounded like they really couldn’t be that bad for everyone. Perhaps the VA has been horrible for some veterans and their families due to extraordinary circumstances here and there, but it couldn’t be that way for the majority of vets, could it?

Now comes a report from California that veterans’ claims took an average of 320 days to be processed at the VA regional facility in Oakland compared to an average of 241 days at the VA’s 56 other facilities across the nation. At the Oakland facility, it took staff an average of 125 days before they even saw the veterans’ forms. This information comes from the VA inspector general’s report. Mike Conklin, CEO of the San Ramon-based nonprofit Sentinels of Freedom, described the situation in Oakland as “absolutely ridiculous.”  He said that 200,000 troops will return home in the next 18 months as the U.S. implements plans to gradually reduce the military presence in Iraq and Afghanistan, making delays like these in Oakland troubling.

But a national average of 241 days is not much better than the Oakland VA’s 320 days. No wonder the main message of the Council on Foundations panel on veterans programs addressed the need for foundation support for nonprofit veterans’ advocacy, not just services.

Nonetheless, as the nation nears Memorial Day, the Better Business Bureau warns both veterans and donors to be on the lookout for scams targeting veterans. Among the strategies they say merit attention are people posing as VA staff to help veterans, fraudulent investment schemes, “instant approval” military loans, online offers of housing with supposed military discounts and incentives,  and several more pathetic little frauds. The BBB advice is for veterans to watch out, but it’s important for governmental monitoring and oversight bodies to proactively go after the scammers who perpetrate their frauds under the cover of 501(c)(3) public charities.

The NPQ Newswire regularly covers the charities allegedly operating at the boundaries of propriety and legality, drawing the attention of some state regulators. For example, once again, Florida state officials are attempting to get a nonprofit called Allied Veterans of the World to open up its financial records regarding the “Internet cafes” it runs for veterans, which critics contend are used for online gambling and sweepstakes without a lot of charitable intent or outcomes. The Michigan attorney general’s report on charitable telemarketing shows several veterans’ charities using for-profit telemarketers but receiving small proportions of proceeds for charitable purposes; the United Proud Parents Veterans Organization, for example, is only getting a guaranteed or estimated 10 percent of telemarketing proceeds and the Michigan Paralyzed Veterans of America is retaining only a guaranteed or estimated 12 percent according to the Michigan AG’s report. Then there’s the allegations of criminal activity at the U.S. Navy Veterans Association, whose CEO, Bobby Thompson, was apprehended by law enforcement officials after his being on the lam for the past few months, though he may have been an unusual fugitive since authorities say he had $1 million when he was taken in.

These are all stories—Bobby Thompson, Allied Veterans of the World, and telemarketers—that have been covered by the Nonprofit Quarterly. Covering efforts to scam and abuse veterans is one thing, but with the influx Afghanistan and Iraq demobilized soldiers, some bigger nonprofit veterans subsector clean-up ought to be undertaken by the authorities.—Rick Cohen