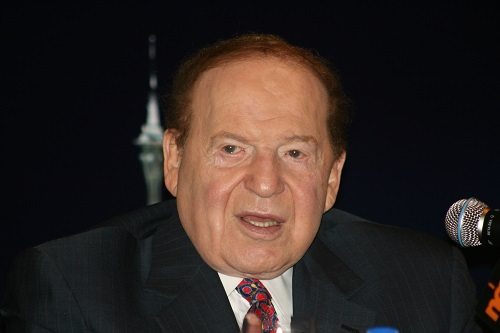 Sheldon Adelson, the political and philanthropic donor we have covered in the NPQ Newswire several times, makes headlines just about whenever he opens his mouth. The big money behind Newt Gingrich’s presidential campaign before Gingrich become a co-host of CNN’s Crossfire, and then a major donor to Mitt Romney’s campaign, Adelson earlier this month was interviewed by Shmuley Boteach at Yeshiva University in a program titled, “Will Jews Exist? Iran, Assimilation and the Threat to Israel and Jewish Survival.”

Adelson and his wife Miriam are huge philanthropic donors to causes that support Israel and the Jewish community, such as over $100 million to the Birthright Israel Foundation between 2008 and 2012, which provides trips for young Jewish-Americans to Israel; almost $15 million between 2006 and 2012 to the American Society for Yad Vashem; and significant seven-figure support to the Combined Jewish Philanthropies of Greater Boston, the Jewish Federation of Las Vegas, and the United States Holocaust Memorial Museum. An orthodox rabbi, Shmuley Boteach gained major recognition through his book, Kosher Sex: A Recipe for Passion, and promotes himself as “America’s Rabbi.” He is also the founder of the nonprofit This World: The Jewish Values Network.

Did Adelson and Boteach say anything of note at this program? According to Philip Weiss, Adelson did. In the program, Boteach asked Adelson what he thought of Obama’s outreach to speak and negotiate with the government of Iran.

“The worst negotiating tactic I could ever imagine, my entire life,” Adelson answered. Would he support talking with Iran if Iran stopped all activities enriching its nuclear stockpile? No, Adelson said:

“What do you mean support negotiations? What are we going to negotiate about? What I would say is, ‘Listen, you see that desert out there, I want to show you something.’ You pick up your cell phone, even at traveling rates. You pick up your cell phone, and—what are they called—Roaming charges. You pick up your cell phone and you call somewhere in Nebraska and you say, ‘OK, let it go.’ So there’s an atomic weapon, goes over ballistic missiles, the middle of the desert, that doesn’t hurt a soul. Maybe a couple of rattlesnakes, and scorpions, or whatever… And then you say, ‘See! The next one is in the middle of Tehran. So, we mean business. You want to be wiped out? Go ahead and take a tough position and continue with your nuclear development.’”

The political financier of Gingrich and Romney unequivocally advocated unilateral nuclear strikes by the U.S. against Iran in front of the Yeshiva University audience and received its applause.

Boteach later issued a statement providing Adelson with a rhetorical escape hatch. “When I heard Sheldon make his remark, my initial thought was that his purpose was to goad his more liberal critics into attacking the policy so that their double standards on nuclear threats against Israel could be exposed,” Boteach’s statement read. “I would hope that those who seem alarmed by Sheldon’s overstatement on the extent to which the United States should go to stop Iran from acquiring a nuclear weapon will at least protest that much more loudly against its actual development.”

“And if so,” Boteach added, “then at least, whatever the disagreement with Sheldon’s hyperbolic comments, he sure got your attention.”

We agree. When a major funder of Republican Party political candidates threatens unilateral nuclear attacks, and when you think that the man was the big money behind people who were serious candidates for the Oval Office, Adelson’s nuclear war threats should capture attention—and hopefully widespread condemnation, not just from the public, but from former candidates Gingrich and Romney.—Rick Cohen