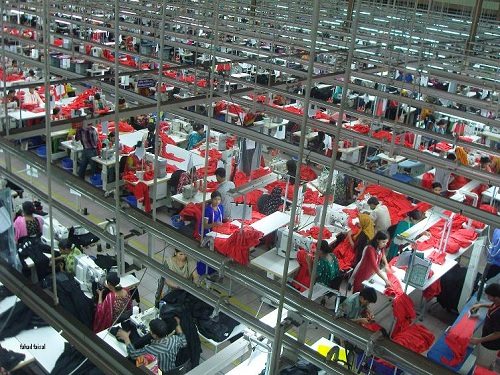 Howard Husock, a distinguished writer on conservative philanthropy who is affiliated with the Manhattan Institute, has it at least half right in his analysis of the terrible disaster in Bangladesh and its relationship with corporate social responsibility. The collapse of the Rana Plaza factory building that killed 600 workers isn’t the first disaster to kill scores of Bangladeshi textile workers; the fire in the Tazreen factory building that killed 111 people, which set the previous bar, occurred only late last year. The NPQ Newswire compared Tazreen to the Triangle Shirtwaist factory disaster in New York City in 1911; we could have hardly imagined a tragedy of the scale of the Rana Plaza event.

Husock comments on the pressure on U.S. and European brands whose clothing was manufactured under license at Rana Plaza that has led to calls for corporate contributions to a compensation fund and for financial assistance for some of Bangladesh’s 4,000 garment factories, which comprise a $20 billion industry and a mainstay of its national economy. He notes that, in response to previous disasters, companies such as Wal-Mart have pledged to train plant managers in safety techniques. Walt Disney actually pulled out of Bangladeshi manufacturing plants after Tazreen.

Husock’s article targets the limits of corporate social responsibility (CSR) as an effective response to manmade disasters like these. Concerning calls for voluntary corporate standards and contributions to compensation funds, he writes that this disaster “highlights the limits of such an approach even in a place such as Bangladesh, which would seem to need it most.” His point is that, to a great extent, the problem of Bangladesh factories is governmental, “characterized by a ‘Wild East’ regulatory regime…in which corrupt political relationships allow owners and operators to ignore safety inspectors, if, indeed, such inspectors even visit.” Speaking to CSR advocates, he concludes, “those campaigning against the sweatshops of Bangladesh and elsewhere, might, rather than vilifying corporations, better focus on improving governments.”

He’s right; that’s half the equation. The governmental nightmare in Bangladesh frustrates the best of reformers and the most socially responsible of corporations. The systems of governance, regulation, and oversight must be addressed, but it’s not an either-or. The companies with operations, licensed or otherwise, in Rana Plaza have a corporate social responsibility to pressure Bangladesh to bolster its regulatory standards and oversight. Husock equates corporate social responsibility with philanthropy, and in that context, making investments in Bangladesh to elevate quality and accountability in the manufacturing processes of these garments constitutes a legitimate philanthropic activity.

Moreover, if the companies at Rana Plaza—Husock mentions Wal-Mart, the Gap, Children’s Place, H&M, and Carrefour as having had some of their products “sourced” there—adopt and hew to international guidelines for ethics in their licensing and manufacturing processes, they set benchmarks for the entire industry and put pressure on their manufacturing peers in the country. In Husock’s contrarian view, “(w)hen firms are pressured in democracies to meet standards that go beyond regulatory requirements, whether in the name of the environment or other social causes, such pressure—whether through boycott campaigns or proxy suits—is ultimately disrespectful of the democratic process.”

That’s where we think Husock is off-base. Pushing U.S. businesses operating in Bangladesh to meet higher standards than those established by law is neither illegal nor disrespectful. If existing regulations form a baseline for behavior, there is nothing to suggest that firms cannot be encouraged, both internally through their own values and ethics and externally from the advocacy of groups such as the Clean Clothes Campaign, to go above and beyond, and in doing so, establish benchmarks for what should be improved standards of government regulation.

There is no single path to regulatory and policy change. The avenue is partly paved with direct policy advocacy aimed at lawmakers, and partly with behavioral change, which establishes new standards of best practice that become the yardstick against which “socially responsible” practices are measured. The fact that corruption in Bangladesh is so widespread shouldn’t give carte blanche to U.S. corporations to behave corruptly overseas. That’s why we have the Foreign Corrupt Practices Act. The fact that Bangladeshi inspectors would look the other way when a property owner adds three illegal stories to a factory, like the building in Rana Plaza, doesn’t excuse U.S. corporations from protecting the safety of their employees, even if they are contract workers employed by Bangladeshi licensees.—Rick Cohen