Retooling Recycling and Saving the Earth: A Practice Advisory for all Nonprofits 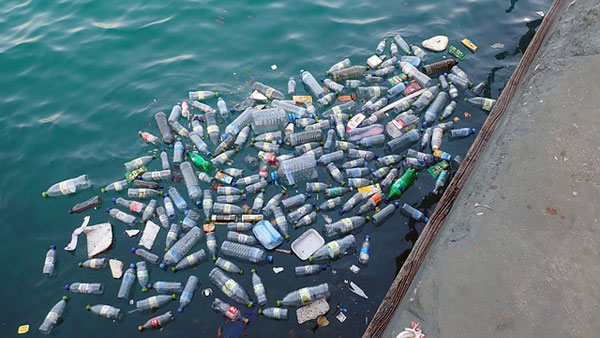 It was always a little dubious that US cities, in the name of recycling, would ship millions of tons of recyclable material, often mixed in with trash, to China—as if moving these items thousands of miles did not require a significant expenditure of fossil fuels. But now that China has said “no more” to these imports, local communities are having to change their practices, notes National Public Radio reporter Christopher Joyce.

The result of the upheaval: Recycling centers across the US—both nonprofit and otherwise—have been losing funding, rethinking collections, and sometimes burning plastics that can no longer be shipped overseas.

Why should the nonprofit sector care, especially organizations outside of the environmental movement? Just as all nonprofits are part of the same global community, every sector has a stake in the increasingly bleak outlook for the world’s shared climate. And, if diversity, equity and inclusion are everyone’s business, so is climate change. (Not to mention the fact that even in the US, “air pollution is disproportionately caused by white Americans’ consumption of goods and services, but disproportionately inhaled by black and [Latinx] Americans,” as NPR reported recently.)

As Joyce summarizes, the tipping point has been a long time coming. In fact, the system has even perpetuated inequality, as wealthier countries relied on China’s cheap labor to dispose of plastic waste:

For years, America sold millions of tons of used yogurt cups, juice containers, shampoo bottles and other kinds of plastic trash to China to be recycled into new products.

And it wasn’t just the US. Some 70 percent of the world’s plastic waste went to China—about 7 million tons a year…

But last year the Chinese government dropped a bombshell on the world recycling business: It cut back almost all imports of trash. And now a lot of that plastic gets shipped to other countries that don’t have the capacity to recycle it or dispose of it safely.

Joyce also profiles Recycling Partnership, a nonprofit that aims to improve recycling rates but has seen its mission compromised by the confusion over new policies that aim to capitalize on certain types of recyclables when rates rise. The organization launched the “largest recycling campaign in history” last fall in response to the US recycling crisis.

But, instead of trying to reverse the trend, Joyce reports that US shipments of plastic waste are being redirected to other Southeast Asian countries, including Malaysia and Thailand.

“Recycling experts say it’s a time of reckoning for their industry and that wealthy countries need to stop exporting to countries that can’t handle it,” Joyce writes.

Indeed, as the executive director of Recycling Partnership, Keefe Harrison, acknowledged recently, “In many ways, after decades of effort, the US recycling system is barely more than the sum of its thousands of parts, delivering a frustratingly low 30ish percent recycling rate. When it comes to oceans and the health of our planet…That. Will. Not. Work.”

NPQ has covered an emerging economic framework called the circular economy that goes beyond the “out-of-sight, out-of-mind” thinking that recycling has fostered in the wealthier countries. In part, it focuses on conservation—designing waste and pollution out of production systems —and reuse—that is, keeping existing materials in use or repurposing them.

Further, companies can be held accountable for the waste created by manufactured products. For example, a new shopping platform called Loop operates like a 21st-century milk delivery service to deliver your laundry detergent and shampoo in reusable, returnable containers.

However, David Wallace-Wells, author of The Uninhabitable Earth: Life after Warming, recently reframed the recycling mindset on the podcast Still Processing, arguing that political action is more critical than conscious consumption. It will take political action, for instance, to enforce labeling of “carbon neutral” products, just as it did to get the US Department of Agriculture “organic” program approved by Congress nearly three decades ago.

Taking the idea one step further, how could nonprofits embrace a “carbon-neutral” badge of honor? Could employees’ transportation be measured and offset? Could organizations commit to radically reducing cross-country travel to conferences? Could human services organizations advocate for local policies on renewable energy with fervor equal to the national struggle against the elimination of the charitable deduction for donors? The time is now, so let us know what you think.—Anna Berry