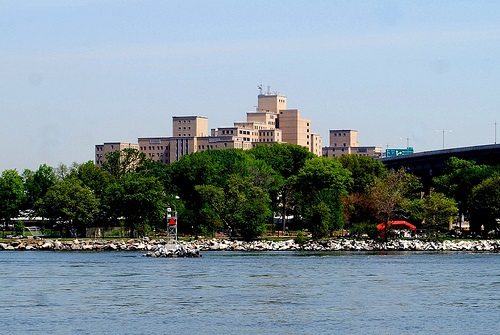 NPQ has, on a number of occasions, written newswires on the incarceration of people with chronic mental illness. As we have reported previously, a 2010 survey by the nonprofit Treatment Advocacy Center and the National Sheriffs’ Association found that there are now approximately three times as many people with serious mental illness in the nation’s prisons as in hospitals. But once incarceration has happened, the nightmare worsens, as jails and prisons, often unequipped to treat patients, manage them and their presence in the population through whatever means necessary.

Now, an independent study commissioned by the watchdog New York City Board of Correction and obtained by the Associated Press has revealed that, in New York’s infamous Rikers Island, mentally ill inmates are often placed in solitary confinement, and for years at a time. This report says that around 40 percent of the 12,200 prisoners in Rikers have a mental health diagnosis, and of those, approximately a third have serious mental illnesses, such as schizophrenia and bipolar disorder.

And in solitary, just over half of the 800 confined there at any given time are mentally ill. Over the past six years, the number of beds in solitary in Rikers has grown by 61.5 percent to 998. Solitary is used as a form of protective custody when rules are broken or when someone is acting suicidal or assaultive. According to this report, self-mutilations and suicide attempts by Rikers inmates skyrocketed by 75 percent in the five years ending in 2012, and mentally ill inmates account for about 60 percent of serious assaults on staff and fellow prisoners.

Dr. James Gilligan, the study’s lead author, is one of the nation’s foremost experts on prison violence and a former director of the Bridgewater State Hospital for the Criminally Insane, the institution featured in the documentary, “Titicut Follies.” The New York University psychiatrist said, “Since prolonged solitary confinement can cause symptoms of mental illness to appear even in previously healthy individuals, we strongly recommend against imposing it as a punishment for a predetermined duration even on those inmates not deemed to be mentally ill.”

The study found that six inmates served more than 1,000 days in cells where they were in isolation for 22 hours a day. One, according to this article, “has nearly 3,000 days in the Mental Health Assessment Unit for Infracted Inmates (MAUII), a two-tiered housing area where inmates are placed in suicide-resistant, single-occupancy cells with cinderblock walls and food slots through which they can be handcuffed and served meals.”

In the last nine years, as the use of solitary increased, so did the use of violence by corrections staff. Those have increased from seven for every hundred prisoners in 2004, to 24.7 in the first six months of this year.

The article concludes by noting that, “In September, the Board of Correction voted to begin the lengthy process of changing the rules on when solitary can be used for mentally ill and adolescent inmates.”—Ruth McCambridge