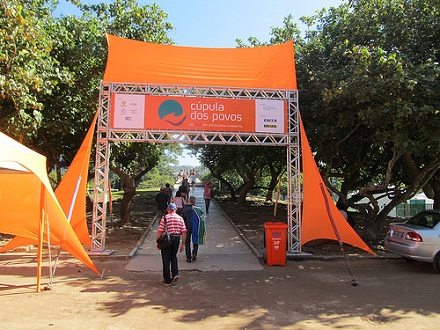 As the NPQ Newswire noted last week, the Rio+20 environmental summit, which just wrapped up in Brazil, wasn’t exactly a crowd pleaser with the NGO set. The U.N. official who ran the conference acknowledged as much when he said, “My job was to make everyone equally unhappy.” Kumi Naidoo of Greenpeace International said that “We saw anything of value in the early text getting removed one by one” from the final document. Who got what out of this sustainable development conference?

One winner had to be the economy of Rio. According to the Washington Post, the conference on sustainable development drew 100 world leaders and 45,000 other people. That’s like a World Cup match—not half bad.

The corporate sector—or the “market”—was also a winner. In a conference meant to generate specific goals and timetable commitments by the participating governments, the final report contained little such substance. President Obama didn’t attend, but Secretary of State Hillary Clinton did, offering an exuberant affirmation of “the power of the market” to create sustainable environmental changes. Among the corporations making voluntary pledges of various sorts were Unilever, Coca-Cola, and Wal-Mart, but voluntary pledges are just that: voluntary. But how did Hillary Clinton come out sounding like Mitt Romney?

Like our newswire last week, news coverage highlighted the elements of the conference report, “The Future We Want,” that various objecting countries were able to get excised from the final text, but one struck us as particularly interesting. The Vatican won the argument to delete a statement about the importance of “access to reproductive health services” to gender equity and women’s empowerment. The statement wasn’t about abortions or mandatory contraception, but merely access to reproductive health services, however that was too much for the increasingly rigid Vatican.

Melinda Kimble, senior VP of the United Nations Foundation, observed, “I think this process is totally broken…While we are searching for a new paradigm to advance international cooperation, this meeting is definitely not a model.” All of the meetings, all of the negotiations, all of the millions of dollars spent to make this show happen amounted to a document of limited utility and virtually no enforceability. Maybe Rio+20 will have one outcome that nearly all of the participants might endorse: to stop doing these expensive conferences that consume lots of time and money until they can produce more than this one did, which is appallingly little.—Rick Cohen