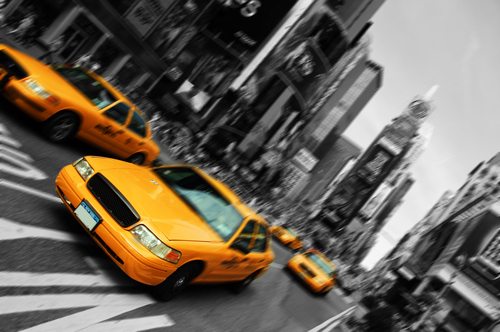 The Robin Hood Foundation is launching a new advertising campaign to appeal to New York City residents and communities. The campaign uses the slogan “Fight Poverty Like a New Yorker,” and will highlight a day in the life of a New Yorker, complete with yellow taxis rushing by, packed subway cars, and tough NYC attitudes. The campaign is being introduced after the Robin Hood Foundation was selected to allocate funds raised from the Madison Square Garden benefit concert held on December 12, 2012, for Hurricane Sandy victims.

The foundation’s senior vice president for communications, Mark Bezos, said they are well recognized within the financial community, but are looking to extend beyond this niche. “Those who know our work are passionate about the organization. Those who are not terribly aware know our ability to raise a lot of money. We’re proud of that, but it’s what we do with the money that’s the important story.”

“We wanted to take advantage of the increase in awareness of the Robin Hood name, so we turned this campaign around quickly.”

RHF’s ad campaign will include local billboards and radio commercials. The foundation’s Twitter account, @RobinHoodNYC, already has over 16,000 followers and is using the hashtag #LikeaNewYorker to encourage dialogue on Twitter. The website of the Robin Hood Foundation has a custom New Yorker quiz linked to the campaign with questions that evaluate if you’ve got the mindset of a New Yorker, connecting the foundation to distinctly NYC characteristics. “New Yorkers are relentless and Robin Hood doesn’t give up easily. We’ve been fighting poverty for 25 years.”

Many global businesses and media organizations have tried tapping into the Big Apple with advertising campaigns, but the Robin Hood Foundation campaign isn’t just connecting the foundation to New York, but connecting New Yorkers to the foundation’s anti-poverty and social justice mission. Has your organization run campaigns aiming to connect an idea or mission to a city’s or community’s particular self-identity or characteristics the way Robin Hood is tapping into New Yorkers’ gritty resilience? We’d love to hear your stories.—Aine Creedon