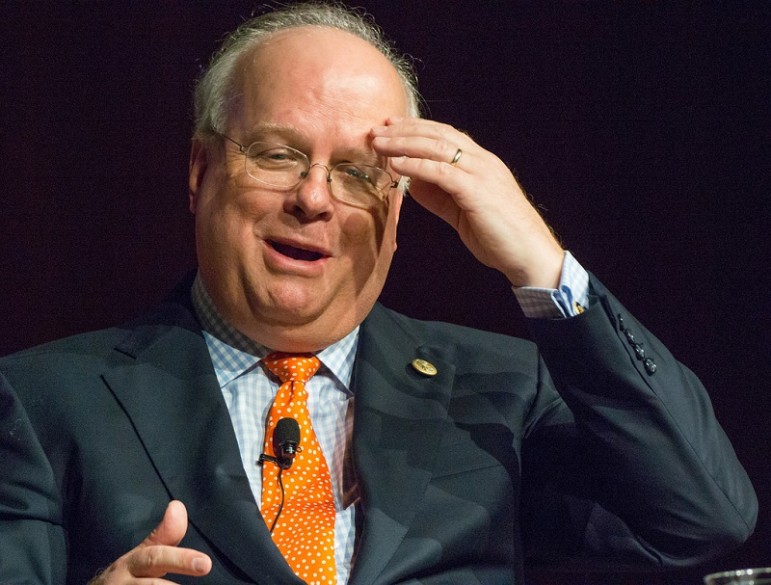 Yesterday, as the New Hampshire primaries were in play, the Center for Responsive Politics (CRP) reported that Karl Rove’s “dark money” group, Crossroads Grassroots Policy Strategies, was approved by the IRS for nonprofit 501(c)(4) social welfare status by the IRS. This was described by Fred Wertheimer, of the campaign finance reform group Democracy 21, as “a complete abdication of the agency’s duty to enforce the tax laws.” The group was denied this status in 2013, but appealed.

According to CRP, the approval was made on November 4th of last year, but the Center uncovered only recently. It is also retroactive to the date of application. Under the designation, the group can raise and spend unlimited amounts of money. Half of its activities must be social welfare related—and under these conditions, it can keep donor names anonymous—but the rules defining that space are vague. In the 2012 election cycle, it reported that it spent just 39 percent, or $74 million out of its total $189 million, on “direct political activities.” However, according to The Hill, its interpretation of “social welfare activities” included issue advocacy that attacked President Obama’s policies.

Crossroads, which was established in 2010 shortly after the Citizens United decision that laid the political groundwork for more direct politicking by dark money groups, is a creature of big donors and seasoned political operatives, enjoying nothing in the way of grassroots support but neatly able to hide the identities of its donors. As such, it is something of a poster child for big dark-money campaign finance.

In the wake of the New Hampshire primaries, it is interesting to note that Crossroads has not yet made its presence felt in the 2016 elections. Perhaps they are biding their time, as they did in the 2012 election. In that cycle, they only started spending on Mitt Romney once he had locked up the nomination. Of course, Mitt Romney lost, and an analysis by the Sunlight Foundation of the races where was involved showed a low ROI of 14.4 percent, compared to Planned Parenthood Votes, which spent a little more than $5 million and achieved a 98.45 percent ROI, and Planned Parenthood Action, which spent almost $7 million and achieved a 98.11 percent success rate. The Sunlight Foundation figured the ROI based on “how much of their money went to support candidates who won and to oppose candidates who lost in the general election campaign.”—Ruth McCambridge