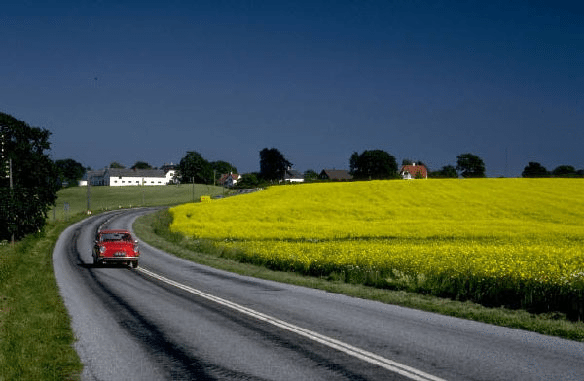 The failure of foundations to put much grant money into rural nonprofits is historic and persistent.  Despite frequent promises to the contrary, foundations haven’t done much to narrow the disproportional gap between urban and rural groups’ access to foundation dollars.  The toll is increasingly evident in the rural nonprofits across the country that struggle to stay afloat every day.

In Monroe County, Georgia a community health center serving rural communities is closing.  As the director of the clinic noted, all too typical of rural areas that lose a crucial service, “Unfortunately, there is not another rural health center or clinic in the county. Most will find that they will have to seek out this type of health care outside of their own county.”  The money to stay open simply isn’t there.

In Mississippi, the state is contemplating closing mental health facilities that serve rural areas due to a lack of funding.  A patient who had received help for her bipolar disorder echoed the Monroe County sentiment:  “closing facilities would leave a lot of people with no place to go.”

In Nelson County, Virginia, the tiny Rural Nelson has been struggling to continue its service of providing community education and information about governmental services.  Individual donations have been the key to keeping this civic service alive, but they’re hard to come by.

How are foundations responding to the challenges that rural nonprofits face in dealing with these and other rural issues?

Foundations have long talked about how much they care about rural America and examples of model rural grants. There are plenty of  heartfelt statements about how much foundations care about rural areas, but something is missing year after year—dollars.  There are real heroes and heroines in U.S. philanthropy for whom rural America is undoubtedly grateful.  They are the champions for the cause within the halls of this overwhelmingly urban sector.  Their challenge remains as immense as ever.

Part of that challenge is the difficulty in assessing foundation’s rural grant making. It is difficult to tell with precision how foundations are doing because the definitions of rural are vague, and the classification of foundation grantmaking no clearer.  A foundation grant that might be classified as “rural” could well be serving urban areas as well.  Nonetheless, there are some indications to suggest that rural philanthropy has hardly shown evidence of making the kinds of major leaps that rural communities need.

If there are still some grantmakers that have not fully reported their 2008 grants, that 3.45 percent decline may be erased, but not to the point where it will be anywhere in the neighborhood of the level of growth of total foundation grantmaking.  Moreover, as noted, it is likely that the grants marked “rural development” are hardly likely to be all rural, making the $89.5 million more than likely a gross overestimation rather than undercount.

The list of the top grantmakers to domestic rural development is not surprising.  Even without counting their extensive portfolios of international grants, the Ford Foundation and the W.K. Kellogg Foundation stand out as the largest rural development grantmakers for that five-year period.  As graphic #2 shows, there are other noteworthy smaller funders in the list.  The Northwest Areas Foundation is a large grantmaker due to some large grants made as part of a now-terminated strategic development strategy that are unlikely to be replicated, at least at their seven- and sometimes eight-figure size, by the current leadership of the foundation.

Several of the others focus on specific geographic regions such as the Mary Reynolds Babcock Foundation (southeastern U.S.), McKnight (largely Minnesota), and the California Endowment (California).  Others have more topical interests, such as the business capital grants of the Libra Foundation and the environmental or conservation grants of the Gordon & Betty Moore Foundation.  Nonetheless, there are smaller foundations with creative and aggressive rural development grantmaking portfolios such the F.B. Heron Foundation headquartered in New York City, the Jessie Smith Noyes Foundation, also in New York City, the Walton Family Foundation from Arkansas, and Marguerite Casey in Seattle.

The next 25 largest rural development grantmakers have an even more geographically targeted strategy – Benedum largely in West Virginia, Meyer Memorial in Ohio, Iowa WEST in Iowa, Rasmuson in Alaska – or a strategy limited to specific topical focuses, particularly environmental (Goldman and Wyss, for example).

Graphic #4 shows the annual grantmaking to the NeighborWorks and LISC groups for each of the years in this analysis. In each case the Rural LISC groups are seen doing somewhat better (there is a small overlap between the two lists, and in both, Southern Mutual Help Association in New Iberia, Louisiana was not counted due to its disproportionately large grant totals designated for Hurricane Katrina and Hurricane Wilma relief in 2005 and 2006).

Graphic #5 shows the annual change in grants to the NeighborWorks and LISC groups.

Overall in this period, comparing 2004 and 2008, annual grants to the NeighborWorks groups increased 11.25 percent and to the Rural LISC groups 42.78 percent, compared to a 48 percent increase in housing/shelter grantmaking – and of course a 3.45 percent decrease in rural development grants.  The fact that they outperformed rural development and overall community improvement grant totals for that period may be a testament to the importance of the networks from which these rural CDCs benefit because of their affiliations with NeighborWorks and LISC.  Realize however that the 24 Rural LISC groups were those that received foundation grants; an additional 12 are not reflected in these totals because they received no foundation grant dollars.

There are some standout foundation grantmakers supporting the rural NeighborWorks and Rural LISC groups, as demonstrated in Graphic #6:

F.B. Heron tops the list, though more than half of its output was in the form of Program Related Investments, that is, loans or loan guarantees typically, not grants.  Beyond Heron, most of the others are geographically quite limited in their grantmaking – Amy Tarrant, Benedum, Northwest Areas, Cowell, and Meyer Memorial.  Interesting, however, is that rural development support of the NeighborWorks groups gets significant support from banks, as shown in Graphic #7.

However, the volatility of bank philanthropy due to mergers and acquisitions – and impending losses from burgeoning foreclosures in 2010 and 2011 – suggests that this source of grantmaking might not be counted on as a reliable grant source in the future.  Graphic #8 shows the major providers of grants and PRIs to the Rural LISC groups, which largely matches the NeighborWorks list, with Heron at the top, but many of the others are regionally or state focused (Babock, Meyer Memorial, Cowell, Arthur M. Blank, Sandy River, Nina Pulliam Mason, Rasmuson, and Benedum).