Russian Aid to Ukraine to be Allowed Through in Batches 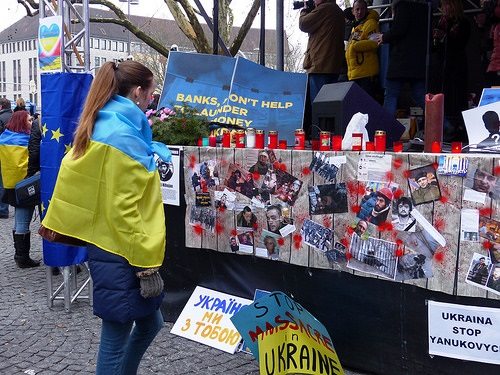 For reasons which are likely clear to our readers, an offer last week of hundreds of trucks from Russia loaded up with humanitarian aid to Ukraine was viewed with some suspicion, with fear of a Trojan Horse an apt metaphor used to describe the situation.

Many in Eastern Ukraine have been harmed by the fighting between Russian Separatists and Ukrainian forces, and any number of concerns have been expressed about this shipment of aid. Vice President Joe Biden reportedly spoke with Ukrainian President Poroshenko on Saturday, and the two leaders agreed that Russia’s supplying of weapons to the separatists seemed inconsistent with a proposed motivation to improve the humanitarian situation in eastern Ukraine.

Still, after some negotiations, around 280 trucks will probably cross into Ukraine starting Monday. The trucks will be received in small batches of thirty or less and border guards must inspect the supplies. Representatives of the Red Cross must take possession of the trucks at the border; they are expected to arrive at the border on Monday.

Sixteen trucks are already at the Donetsk border checkpoint waiting to be inspected so they can cross, while hundreds more remain parked at a depot nearby in order to control the process. —Ruth McCambridge