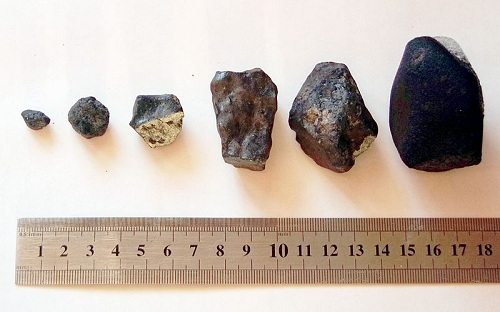 NPQ is always interested in the things people do to raise money. This includes putting diamonds in champagne glasses and unusual raffle prizes. For $25 at the dinner being thrown on May 8 at the Planetary Science Institute in Tucson, Arizona, you can buy a raffle ticket for the chance to win a segment of the Chelyabinsk meteor that recently exploded over Russia.

The asteroid that produced the meteorites in question exploded over Russia on February 15. Before that, it measured about 20 meters across, weighed 11,000 tons, and was traveling about 41,000 mph. Other prizes include three bottles of wine and a stay at the Westward Look Resort, but come on. Meteorites.

The Planetary Science Institute was founded in 1972 to promote the exploration of the solar system. Its scientists are involved in the study of planets, the moon, asteroids, comets, interplanetary dust, impact physics, the origin of the solar system, extrasolar planet formation, and the rise of life. In the face of that, and the chance to win a small chunk of scientific history, what’s $25?—Ruth McCambridge