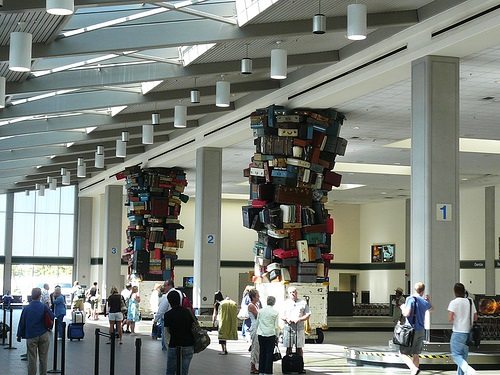 Even seemingly innocuous issues ads can run into trouble with overly cautious public officials, demonstrating the importance of nonprofits reaching out to broad constituencies in support of their issues and causes.

At Sacramento International Airport, officials banned ads promoting health coverage for undocumented immigrants as too controversial. The ads by the giant health foundation California Endowment have appeared in the rotunda of the state Capitol, on bus stops across Sacramento, and as a 90-by-140-foot mural on a historic Los Angeles hotel.

According to the Merced Sun-Star, in one advertisement, three workers stand with an “Undocumented Californian Facts” box depicted as a food label upon them. Among the statistics shown: 92 percent work and pay $2.7 billion in taxes. Another ad says, “1.4 million undocumented tax-paying Californians lack health coverage.”

The airport said the ads violate a policy which “requires that under no circumstances shall advertising be displayed that would involve the county or the airport in controversial, social, moral, political or ethical issues.” The paper reports that the Endowment also signed a three-year contract with the airport that explicitly barred political advertising.

But nonprofit leaders tell the Sun-Star that they don’t believe the ads are political speech. So the American Civil Liberties Union of Northern California has gotten involved in the dispute, asking airport officials to allow the original billboards and arguing that the ban is a violation of constitutional free speech protections.

The Endowment told reporters that Sacramento airport officials have been the only ones to ban advertisements for its “Health4All” campaign. It explains that the campaign “highlights the important contributions of undocumented Californians to our state’s communities and economy, while raising awareness of their lack of access to affordable health care coverage.”

In a letter sent to the airport, the ACLU argued that the ads are not political: “They do not mention any political candidate, bill or initiative.” But Leslie Gielow Jacobs, a professor at McGeorge School of Law and an expert in constitutional law, said the airport may be able to restrict political ads, depending on what its policy says and how it is enforced.—Larry Kaplan