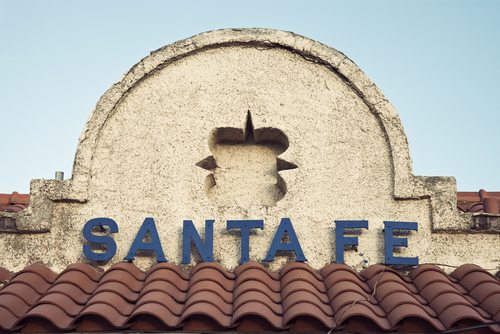 One rarely hears New Mexico and New Jersey mentioned in the same breath, but the states share the distinction of being the only two U.S. states that neither expressly sanctions same-sex marriage (as do nine states and the District of Columbia) nor expressly prohibits such unions. On the eve of the Supreme Court’s consideration of DOMA (the Defense of Marriage Act) and California’s Proposition 8, Santa Fe Mayor David Coss and City Attorney Geno Zamora have thrown their Stetsons in the ring on the side of gays and lesbians seeking equal treatment under the law.

Coss, who has no legal power to create, interpret or enforce the law as he sees it, is nevertheless using his pulpit to urge New Mexico’s county clerks to start issuing marriage licenses to same-sex couples. By statute, the state already recognizes gay marriages from other jurisdictions, but it does not provide for in-state marriages, civil unions or domestic partnerships.

Phil Sisneros, spokesman for New Mexico Attorney General Gary King, has deftly straddled the barbed fence, declaring the state marriage statute is “sufficiently vague” on the issue of gender. Putting a sexual-orientation spin on a Civil War-era law (N. M. S. A. 1978, § 40-1-1 dates from the 1862-1863 legislative session) may be considered a heroic move or a treacherous gambit, depending on one’s thoughts on marriage equality. Either way, it seems Coss and Zamora are aiming to bring their state into line with the opinion of the majority of Americans—and just in time to perhaps nudge the U.S. Supreme Court as it turns to same-sex marriage cases.

The Santa Fe City Council is set to vote on Coss’ resolution on Wednesday, March 27, which is none too soon for Coss, who told NBC News, “People’s lives are short and when you’re waiting for your rights, you know, how long do you have to wait? I’m sorry we didn’t do it ten years ago. I don’t think we should wait another ten years before we push the issue…Let’s start treating everybody equally under the law.”

New Mexico legislators have shot down same-sex marriage proposals in the past. In a statement, National Organization for Marriage spokesman Thomas Peters suggested New Mexico should “allow the debate to continue and the people to decide, not activists mayors and judges.” That argument is unlikely to sway those who see equal protection for the right of all people to marry not as a matter of public opinion but as a matter of advancing a core principle of the U.S. Constitution. –Louis Altman