Advisory Neighborhood Commission 2A’s seven members passed the resolution unanimously according to commissioner James Harnett, who said commissioners were outraged not only by Khashoggi’s death, but also by President Trump’s lack of response.

“I think our concern…and the need to say we want to weigh in on this issue, which has international implications, is that we are extremely disappointed over the lack of concern” in the White House’s response to the incident, Harnett said. “When there’s a vacuum of leadership…someone steps up and makes sure that the community knows that this is something that we take seriously.”

Harnett wants the new street name to be a constant reminder to the Saudis that the US won’t forget what happened to Khashoggi and stand committed to freedom of the press.

“This action will force the Saudis to remember, every day. This assault on the press is unforgivable and is deeply harmful to fabric of the truth,” he said. “Leaders at all levels of government need to stand up in whatever ways they can to support people, make their lives better, and push for what’s right. Up against the leaders who have abandoned their duty, this proposal is our way of pushing back.”

An online petition was started last month to rename the block, and it now has more than 8,000 signatures. Two of Khashoggi’s friends started the effort: Michael Werz, a senior national security fellow at the Center for American Progress, and Gary Schmitt, a resident scholar in strategic studies at the American Enterprise Institute. They must now go before the DC city council, where its approval may take six to nine months, after which it would also need to be signed by the mayor and approved by Congress.

Earlier this year, Washington’s city council passed a measure renaming the street in front of the Russian Embassy after Boris Nemtsov, a pro-democracy activist killed in 2015.—Ruth McCambridge 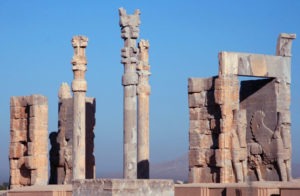 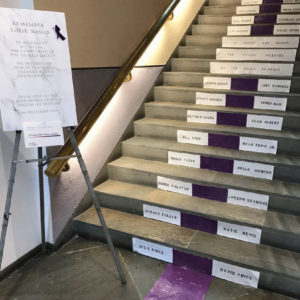