SC Judge: Prison Conditions for People with Mental Illness Must Be Fixed 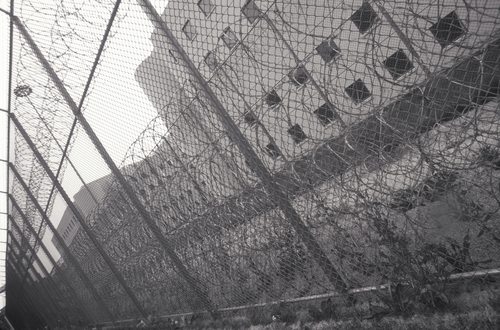 In a strongly worded ruling, South Carolina circuit judge Michael Baxley has given the state’s Department of Corrections six months to formulate a plan on the way they manage inmates with mental illness. NPQ has done many newswires over the years on the fact that prisons and jails now hold more people with serious mental illness than hospitals, as well as a few on the ways in which that impacts both the prisoners and the prison system. A study done at Rikers about the use of solitary and violence on the inmates was particularly striking. The accounts of these incidents can be horrific: One example was cited where an inmate was placed in a restraint chair after he cut his abdomen; as guards continued to tighten the straps, his intestines bulged out of his body.

The 45-page ruling called out, as at Rikers, the overuse of force and segregation. It also said that the state was underestimating the proportion of the prison population that was affected, possibly due to what were deemed inadequate diagnostic procedures. Baxley wrote, “The Court further finds this low, acknowledged percentage of mentally ill inmates at SCDC troubling because it indicates a high likelihood that there are hundreds of inmates with a serious mental illness at SCDC who are not receiving any treatment due to deficiencies in the screening and evaluation process used to identify and classify those with a serious mental illness.” Baxley called the case the most troubling of the 70,000 cases he has heard.

The suit was brought by a nonprofit group called Protection and Advocacy for People with Disabilities, which has previously sued the Corrections Department on behalf of mentally ill inmates. One of those, suffering from paranoid schizophrenia, was kept for years in an isolation cell.

During the trial, Corrections Department officials denied that prisoners’ constitutional rights were being violated. In his conclusion, Baxley wrote,“Rather than accept the obvious at some point and come forward in a meaningful way to try and improve its mental health system, Defendants have fought this case tooth and nail…The hundreds of thousands of tax dollars spent defending this lawsuit, at trial and most likely now on appeal, would be better expended to improve mental health services delivery at SCDC.”—Ruth McCambridge