ScarJo and Sodastream Fizzle Out in Occupied West Bank Settlement 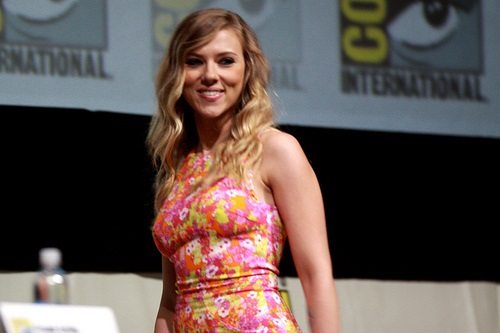 Remember the brouhaha associated with Scarlett Johansson’s Super Bowl advertisements for SodaStream, the homemade carbonated drink maker with a manufacturing plant in the occupied West Bank? Last week, the company announced it was shutting the controversial plant in Mishor Adumim due to the company’s reported declining sales.

Johansson had been an international goodwill ambassador for Oxfam International, but cut her ties with the nonprofit which opposes trade with Israeli companies operating in West Bank settlements, though is not part of the Boycott Divestment and Sanctions (BDS) campaign.

Since then, SodaStream has faced tough sledding in the markets, losing half its market value in the past year and watching sales in the U.S. fall 41 percent.

The BDS movement proclaimed the SodaStream closing as evidence of the success of its campaign to pressure stores in the U.S. and the UK to de-shelve the fizzy soda machines. SodaStream denied that the boycott was in any way responsible for the plant closing.

CEO Daniel Birnbaum told the Associated Press that the plant’s operations would be moved to Levahim in northern Israel and that all employees, Israeli and Palestinian, would be offered opportunities to work at the new plant, though the company would have to arrange work permits through the Israeli government.

While we are in no position to determine how much influence the BDS movement had over the SodaStream decision versus declining American and European consumer interest in sugary soda drinks, there is a part of the story that hasn’t received much scrutiny. Apparently, for SodaStream’s move to Lehavim, the Israeli government gave the company a $20 million grant toward the new manufacturing facility. To build a new plant when sales are plummeting seems somewhat counterintuitive, especially if the declining sales were due not to the BDS campaign, but to consumers’ increasing rejection of large (foot-and-a-half tall) carbonated water machines that make bubbly sodas.

If SodaStream were deeply committed to its West Bank facility, why wouldn’t it have sought the grant for investment in its settlement location…unless there were other, non-commercial problems? According to the Times of Israel, Birnbaum described the Mishor Adumim plant as a “pain in the ass.” Although Birnbaum and other company spokespersons talked about SodaStream’s “family of employees,” the company fired 60 Palestinians this past summer, claiming that they wouldn’t work, though those laid off said the company didn’t provide them with sufficient food following the Ramadan fasts, making them unable to operate the plant equipment safely.

ScarJo still graces the front page of the SodaStream corporate website and the plant at Mishor Adumim is still described as the largest of SodaStream’s 20 manufacturing facilities worldwide. The webpage describes the boycott groups and others that challenge the legitimacy of the plant in the West Bank settlement as in some cases “terror-related groups whose true motivation is anything but humanitarian.”

There may be no international controversy that generates such passionate and diametrically opposed views of events and actions as anything associated with Israel’s establishment and operation of settlements in the Occupied West Bank. Even if one presumes that the motivations of the SodaStream owners were sincerely to “build a bridge between Israelis and Palestinians” to show that “peace can happen and will happen among our peoples,” as the SodaStream webpage indicates, the conclusion held by much of the world that the Israeli settlements in the West Bank are simply illegal under international law makes the SodaStream sentiments difficult if not impossible to fully realize. While the BDS movement may not be the only reason for the SodaStream plant shutdown in Mishor Adumim, there are enough nonprofits like Oxfam unwilling to engage in commercial interactions with Israeli West Bank settlements that will impacts the sales and acceptability of products coming from the settlement economy.—Rick Cohen