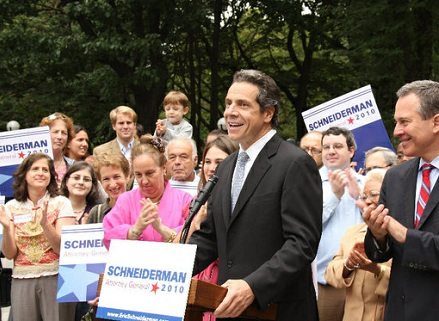 In recent weeks, Republican Senate Minority Leader Mitch McConnell has been standing up against the drumbeat for more disclosure of political donations to 501(c)(6) business associations and 501(c)(4) social welfare organizations. Before the Supreme Court’s Citizens United decision, statements attributed to McConnell suggested to some that he favored disclosure. But McConnell has stood against the Democratic DISCLOSE bill as requiring “disclosure…forced upon some but not all…a political weapon [that]…is nothing less than an effort by the government itself to exposes (sic) its critics to harassment and intimidation, either by government authorities or through third-party allies.”

His concern is for the likes of the Koch brothers, who had suffered aspersions cast by an unnamed White House aide, as well as Idaho businessman Frank VanderSloot, whose opposition to Obama had allegedly led to “people…digging through his divorce records, cable television hosts…going after him on air, and bloggers…harassing his kids.” McConnell has also lamented that Tea Party groups “received a lengthy questionnaire from the IRS.” The list of victims is a little peculiar, given that the Koch brothers are generally immune to bricks and catcalls and the IRS questions to the Tea Party groups were entirely legitimate, as the NPQ Newswire has pointed out here and here.

We will be curious to watch the New York AG’s examination of the National Chamber Foundation, the Starr Foundation (which must disclose its grants as a private foundation), and whether any money to the (c)(3) arm of the Chamber found its way into its (c)(4). Ultimately, however, the issue will be one of tracking the money coming into (c)(4)s, notwithstanding Sen. McConnell’s hyperventilating about harassing the billionaire Koch brothers. We should realize that all of us—Sen. McConnell, too—would be better served by elections in which the sources of big money are revealed, and in which a billionaire’s checkbook is not equated to an individual’s free speech.—Rick Cohen