Schneiderman Petitions for Records on Attica Riot to Be Unsealed 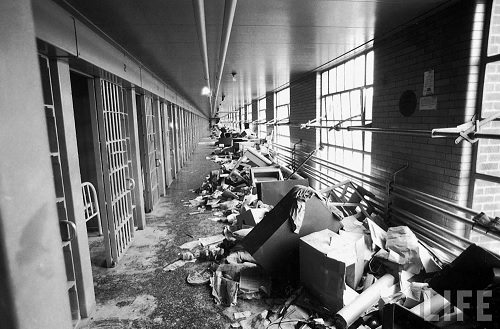 For five days in 1971, inmates took control of Attica Prison in upstate New York demanding better conditions and amnesty for those involved in the takeover. In the end, thirty-nine people, including 10 staff members, died as Attica Prison was retaken, with all but four of those individuals shot by authorities. Many thought that the retake raid, which was called “beautiful” by then-governor Nelson Rockefeller, had been criminally mishandled, and most of a report from the 1975 special commission investigation of the events—known as the Meyer Report—have been sealed ever since.

Now, the documents have now been ordered to be made public by New York State Attorney General Eric Schneiderman, who commented, “It is important, both for families directly affected and for future generations, that these historical documents be made available so the public can have a better understanding of what happened and how we can prevent future tragedies.” The documents to be released were heavily dependent on grand jury testimony, and Schneiderman says that many of these names can be held back.

The group that has been pushing for the unsealing is the Forgotten Victims of Attica, which was organized by the prison employees who survived the raid and the families of those who died. In 2005, the state made a $12 million settlement to surviving prison employees and the families of those who died, but it did not agree to release records that had been requested, including the Meyer Report.—Ruth McCambridge