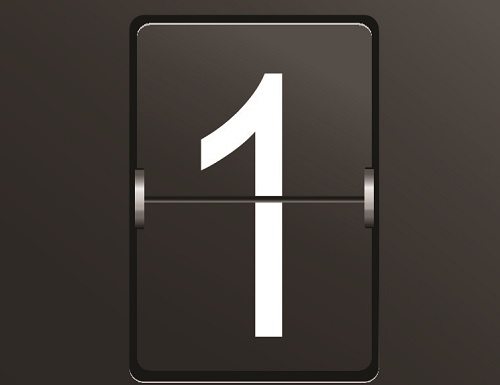 This was going to happen sooner or later. In 2010, President Obama issued an order to executive branch agencies that registered lobbyists should not be allowed to serve on federal advisory boards. There were several elements to the president’s rationale, but they mostly related to the disproportionate influence of lobbyists in the public policy process.

This week, without a lot of fanfare, the White House relented and will now allow lobbyists to serve on federal boards “so long as they are representing a client.”

Back in 2010, President Obama had written that lobbyists’ “service in privileged positions within the executive branch can perpetuate the culture of special interest access that I am committed to changing.” However, lobbyists weren’t happy and went to court to challenge their removal from some committees. The federal judge ruled for the lobbyists that their rights had been violated.

Under the new rule, lobbyists for specific clients will be allowed to serve on advisory boards, but professional lobbyists not representing specific interests or groups will continue to be prohibited. The specific OMB rules text reads as follows:

“The ban applies to persons serving on advisory committees, boards, and commissions in their individual capacity and does not apply if they are specifically appointed to represent the interests of a nongovernmental entity, a recognizable group of persons or nongovernmental entities (an industry sector, labor unions, environmental groups, etc.), or state or local governments.”

Why? Perhaps the thinking is that a lobbyist for a specific client, because of the disclosure required per federal lobbying laws, is more transparent than a generic lobbyist without a client, who might put him or herself up for secret bidding. Perhaps the concern is that the uncliented lobbyist might carry the values and priorities of previous clients but not disclose them, having no current client on the books. Or maybe the implicit joke is that there’s not a chance that a lobbyist would wrangle a slot on a federal committee without representing a client’s interests, overtly or covertly—and remember, there are plenty of lobbyists who don’t register as lobbyists under the fiction that they are simply consulting with special interest clients.

Originally, Obama was on the right side of the issue. He recognized that federal committees and boards frequently have to collect information from special interests. They can do that by simply asking for the information and calling in the lobbyists to share their opinions rather than having to be on the committees and the boards that issue the reports and rulings. However, the lobbyists won the day in court.

But other sources suggest they may have won the day with the White House and Congress long before. The Obama administration came to office with a strong position against the revolving door between lobbyists and the federal government. However, recently, the Center for Responsive Politics revealed that 65 current members of the Obama administration have been federal lobbyists. The Washington Post noted that these ex-lobbyists have a combined 500 years of working for firms that lobby the federal government, compared to 320 years with the Obama administration. That’s not a large number of insiders working for the administration, presumably in relatively senior positions, but it isn’t quite the picture that incoming President promised, which he tried to effectuate by preventing lobbyists from serving on government boards or committees.

The Center for Responsive Politics counts 661 officials who either were lobbyists and worked at some time or another in the Obama administration or were Obama administration officials who left and joined (or established) lobbying firms. The “reality,” according to Politico, “is that Obama, like his predecessors, has found it difficult to run the government without turning to lobbyists.”

At the outset, the Obama administration had legitimate concerns—not about a bunch of nonprofit lobbyists, but the K Street crowd that represents powerful corporations. Plenty of key Obama administration officials have either come from or gone into lobbying for corporate interests. The administration’s position wasn’t one of vilifying lobbying or lobbyists, but trying to control the infiltration of special interest players who would expect to find lucrative employment with those big money interests after they left government service. The ongoing challenge is to identify and reveal where special interests are exerting excessive interest in the top layers of government. The court’s decision and the new Obama rule muddles the control and transparency the public ought to have about whether the policies emanating from the White House have been overly influenced by officials carrying their former or future lobbying clients’ priorities.—Rick Cohen