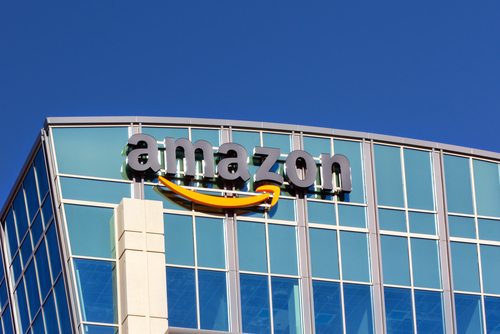 How long will it take for the Boy Scouts to bring that other foot into this century? As the Boy Scouts of America started their 2014 annual meeting, 17-year-old Pascal Tessier, an openly gay Eagle Scout, delivered a petition signed by 120,000 people to Amazon, asking the retail giant to stop funding the Boy Scouts as part of its AmazonSmile program.

Last year, at its annual meeting, the Boy Scouts made the destined-for-trouble decision to allow gay scouts but to continue to exclude adult gay scout leaders, a group which Tessier would age into next year.

A spokesman for Amazon defended the inclusion of the Boy Scouts by saying that “We rely on lists published by the Southern Poverty Law Center and the U.S. Office of Foreign Assets Control to determine if certain organizations are ineligible to participate.”

Tessier used Change.org to gather signatures after he found that AmazonSmile prohibits the funding of organizations that “engage in, support, encourage, or promote: intolerance, discrimination or discriminatory practices based on race, sex, religion, nationality, disability, sexual orientation, or age.” NPQ might suggest that the use of a list produced by Southern Poverty Law Center, which tracks hate groups, might not catch all groups that are discriminatory.

Tessier said, “We’re just asking Amazon to stand by its own policy, and its commitment to the LGBT community.”

Tessier wants to continue to participate in the Boy Scouts, but “the likelihood of that happening is very slim,” he said, “because there is so little time to change so many minds.”—Ruth McCambridge