Sebelius Resigns as HHS Secretary; OMB Director to Be Named as Successor 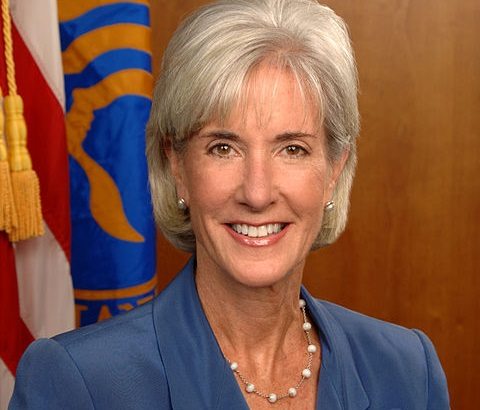 Kathleen Sebelius tendered her resignation as Secretary of the Department of Health and Human Services (HHS) late Thursday. Her almost five years of service in President Obama’s cabinet was marked by her high profile and combative oversight of the implementation of the Affordable Care Act (ACA), or Obamacare. The widely-reported problems associated with the rollout of the insurance signup site healthcare.gov, including its exorbitant cost and shaky technology, are seen as the key events associated with her tenure as HHS Secretary.

Although Politico says that Sebelius is “leaving on her own terms,” the timing and nature of her departure leaves no doubt that even her supporters were ready for a change at HHS. As recently as March 31st, she said that she would remain as HHS Secretary at least through November 2014. “I’m in,” she said at the time. Many reports of the announcement of her resignation were based on HHS statements, not the White House, and there has been a notable weakness in the standard praise and regret quotes from the White House that typically accompany the resignation of a Cabinet officer. (More than twelve hours after her resignation was reported in the press, the White House website had no press release or remarks from the president on her resignation.)

Sebelius has been the classic “good soldier,” being the target of blame for the negative effects of Obamacare while allowing the president to be the lead spokesperson for the controversial law’s successes. She was a lightning rod for critics of the Affordable Care Act while also being blamed by supporters for any action her vast department took that appeared to call the ACA into question. Four years after its becoming law, HHS is still grappling with implementation of the ACA. Thousands of waivers from coverage requirements, delays in drafting key regulations (including regulations required to program the healthcare.gov website), and dozens of administrative decisions to change various deadlines associated with the law have frustrated both opponents and supporters of the president’s signature healthcare legislation.

Sylvia Mathews Burwell, the current head of the Office of Management and Budget (OMB), is expected to be nominated as the new HHS Secretary. Formerly the head of the Walmart Foundation and president of the Global Development Program for the Bill and Melinda Gates Foundation, Burwell has extensive nonprofit foundation experience. She has been a politically active Democrat since her childhood in West Virginia, including work on the Dukakis and Clinton campaigns and on the Clinton transition team. She served in the Clinton administration as chief of staff to Treasury Secretary Robert Rubin and Deputy Chief of Staff to President Clinton.

The Wall Street Journal praises Burwell as one of the most experienced members of the Obama administration, a low-visibility individual who works across party lines to achieve goals. It’s notable that the 2013 U.S. Senate vote on her confirmation as OMB Director was 96–0. Conservative Rep. Paul Ryan (R-WI) praises her ability to “budget responsibly.” Sen. John McCain (R-AZ) says, “Sylvia Burwell is an excellent choice to be the next HHS Secretary.” Bipartisan praise and a history of having done well in the Senate confirmation process are two signs that the Obama administration seeks a drama-free transition at HHS.

Any tension or fireworks in Burwell’s Senate confirmation hearings are likely to center on HHS policy and priorities, especially the Affordable Care Act, where her low-key reputation will be tested. Will the continuing controversy over the ACA force Burwell into the harsh public spotlight, or will her leadership style help take HHS and the ACA off the front pages during the drawn-out implementation of healthcare reform?—Michael Wyland